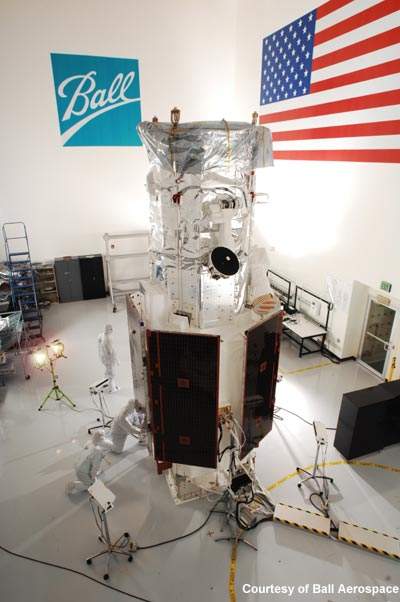 Worldview-2 is a remote-sensing satellite principally used to take high-resolution images of the earth. 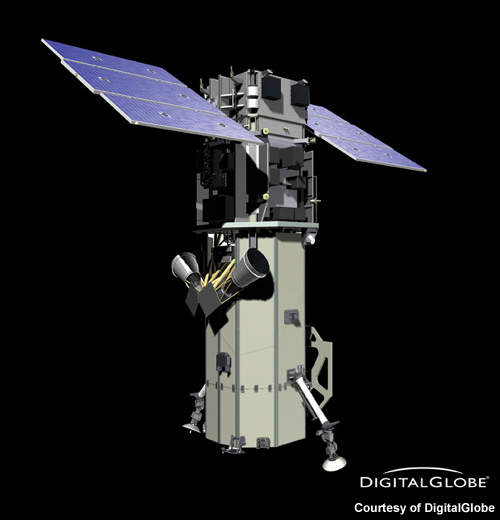 The satellite is equipped with a single-board BAE Systems RAD750 radiation-hardened computer. 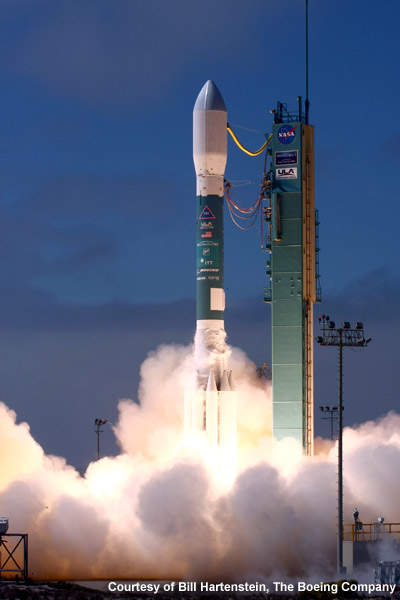 The WorldView-2 was launched on 8 October 2009 from Vandenberg Air Force Base in California, US.

Worldview-2 is a remote-sensing satellite principally used to take high-resolution images of the earth. The images provided by the satellite are used for civil government mapping, the utilisation of land planning, disaster relief, exploration, defence and intelligence, visualisation and simulation of environments.

It is the eight-band multispectral commercial satellite designed and developed by Ball Aerospace & Technologies Corp, US, and is operated by DigitalGlobe Corporate (DigitalGlobe). In January 2007, the DigitalGlobe revealed that Ball Aerospace is the developer of Worldview-2 satellite. The satellite can swing rapidly from one target to another, allowing broad images of many targets.

The satellite was launched into orbit through the Ball commercial platform (BCP) 5000 spacecraft bus on the piggyback of Boeing Delta II on 8 October 2009. It was released into sun synchronous orbit after 62min of lift-off from the ground. Worldview-2 can operate at an altitude of 770km with an inclination of 97.2° for a maximum of 100min orbital period.

Worldview-2 performs direct tasking and allows DigitalGlobe's worldwide customers to download image profiles directly up to the spacecraft. In addition, it delivers the data directly to their own ground stations. It has exceeded all performance specifications of the operational Worldview-1.

DigitalGlobe, Inc. granted permission to the Centre for Remote Imaging, Sensing and Processing (CRISP) at the National University of Singapore for receiving high-resolution imagery from its WorldView-1 satellite and WorldView-2 in the early April 2009.

Worldview-2 is the third satellite in orbit in DigitalGlobe's constellation and joins its forerunners, Worldview-1 (launched in 2007) and QuickBird (launched in 2001). The satellite has been designed to have a lifespan of 7.5 years. It weighed around 2,800kg at launch and consumed 3.2kW of power. An optical telescope has been installed in the satellite to capture images of 460mm in diameter.

“The images provided by the Worldview-2 satellite are used for civil government mapping.”

The satellite has been derived from its predecessor variant Worldview-1, which is a remote-sensing satellite developed by Ball Aerospace. The Worldview-1 was launched on 18 September 2007 and captures areas of up to 500,000 square kilometres (200,000 square miles) of half-metre imagery a day.

The integration of remote-sensing instruments into the Worldview-2 spacecraft began in September 2008 and was completed on 24 February 2009. The system-level testing of the satellite started in January 2009 and ended in August 2009.

The environmental testing, which affirms the design integrity of the spacecraft, was completed on 5 August 2009, and the satellite was sent to Lompoc, California for on-site testing prior to its launch.

On 27 August 2009, Worldview-2 was delivered to Vandenberg Air Force Base by Ball Aerospace, with the launch scheduled for 6 October 2009. The launch was postponed to 8 October 2009 due to technical problems.

Worldview-2 launched into orbit on 8 October 2009 and successfully sent images of the Love Field Airport near Dallas and the AT&T Centre in San Antonio, Texas, on 20 October 2009.

In March 2010, PhotoSat confirmed that the elevation data collected from Worldview-2 satellite was accuarate within 30cm.

The satellite is equipped with a single-board BAE Systems RAD750 radiation-hardened computer, which performs data processing, command and control operations of the spacecraft, and transmits images from the orbit to the ground station.

“Worldview-2 is the third satellite in orbit in DigitalGlobe’s constellation.”

The satellite is also fitted with advanced control moment gyroscopes (CMGs), which allow the satellite to capture more imagery than before. An advanced instrument vibration isolation system is also installed in the satellite to control jitter induced by the spacecraft. Ball Aerospace was responsible for testing the entire system.

The Worldview-2 satellite was launched on top of a Boeing Delta II launch vehicle from Vandenberg Air Force Base, California.

The Delta II can lift single, dual or multiple payloads on the same mission, and is manufactured by Boeing Integrated Defence Systems. It has been set up into two or three-stage vehicles to cater for different mission requirements.

The ground control station is manufactured by MacDonald, Dettwiler and Associates Ltd. (MDA) and installed at international customer sites. The TT&C system is a technology principally used to track and control the satellite when deviating from its path. Communication between the satellite and ground station takes place through the bandwidth allocated to customer.

In June 2009, MDA was awarded a contract by DigitalGlobe, Inc. to supply the ground station to the undisclosed international customer. The ground station can programme, receive and process the imagery of the Worldview satellites.

This is the fifth international ground station order contract awarded to MDA. The contractor is also responsible for developing, integrating and installing the Worldview satellite ground station at the customer's site.