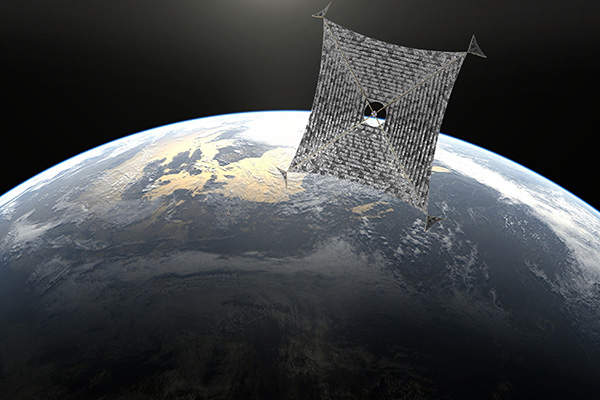 Sunjammer was a solar spacecraft mission, which was abandoned in 2014. Credit: Space Services Holdings. 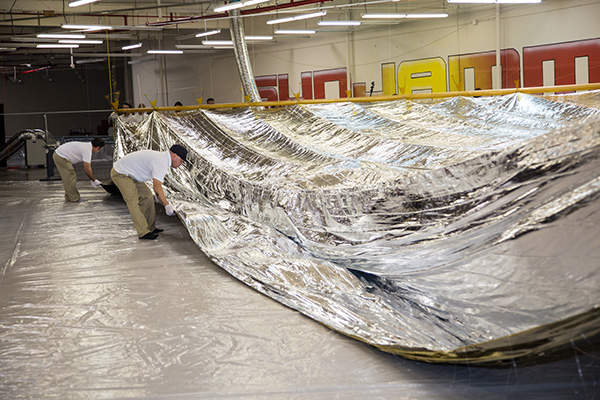 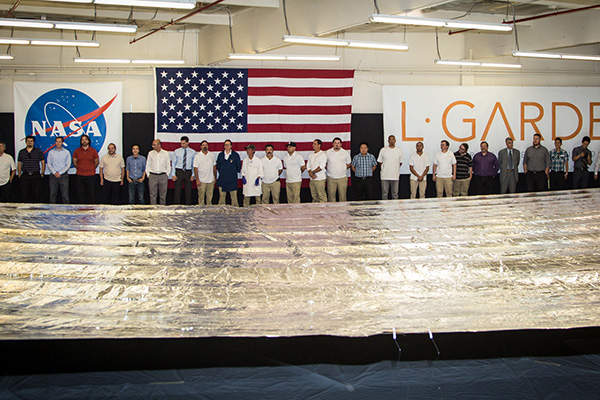 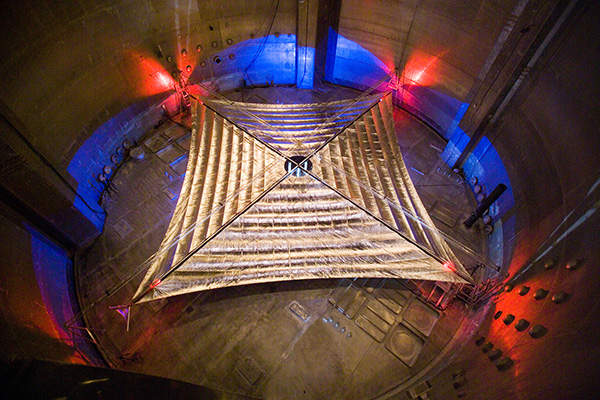 The spacecraft was to be launched on board a Falcon 9 rocket. Credit: Space Services Holdings.

Sunjammer was a solar space mission initiated by Nasa, in partnership with L’Guarde, Space Services and MicroAerospace Solutions.

“The objective of the solar mission was to study the Sun from closer quarters, bring further knowledge of the Sun, and measure and understand solar storms.”

The spacecraft was planned to be launched into the low Earth orbit (LEO) to a location near the Earth-Sun L1 Lagrangian in January 2015, but the mission was abandoned in 2014 due to integration issues. It was planned to be placed at 1.5 million kilometres (932,000 miles) from Earth.

The objective of the solar mission was to study the Sun from closer quarters, bring further knowledge of the Sun, and measure and understand solar storms. The spacecraft was planned to complete a three million kilometre (1.9 million miles) sunward voyage during the mission.

Design and development of the solar space mission

The Sunjammer was constructed using an advanced material called Kapton. It weighs 32kg (70lb) and was designed to withstand the extreme temperatures in space. With a width and height of 38m (124ft) and surface area of more than 1,200m² (13,000ft²), it is currently the biggest spacecraft ever built for solar sail. The Sunjammer sail was expected to produce a maximum thrust of 0.01N.

The spacecraft was designed to use no rockets or propellants to manoeuvre in space, but to use the pressure of light particles as sunlight shines upon the spacecraft. It included triangular steering vanes at the corners to change the sail angle to the sunlight. The thrust provided by the sunlight builds up over time giving potential for wide-ranging voyages of exploration using the technology.

The Sunjammer successfully completed a solar sail deployment test at the L’Garde facility in Tustin, California, US, in September 2013. The test demonstrated the successful coupling and deployment of the sail and deploying beam under the stressful conditions of Earth’s gravity and atmosphere.

The spacecraft was planned to integrate two sensors for space weather monitoring. The first sensor was to be a solar wind analyser (SWAN) instrument developed by the Mullard Space Science Laboratory of University College London. SWAN is a miniaturised ion spectrometer that was preferred to provide technology for carrying out solar wind measurements.

The second sensor, called MAGIC magnetometer, was developed by the Blackett Laboratory of Imperial College London. It was a vector magnetometer built around magneto-resistive sensors, which was planned to measure the magnetic field in the solar wind.

The spacecraft was planned to carry the Sunjammer Cosmic Archive (SCA), developed by Celestis, which was designed to allow people around the world to include photos, messages, music, art and even DNA. It was also designed to carry the Celestis Memorial Spaceflight payload.

The spacecraft was supposed to be launched from the Kennedy Space Centre at Cape Canaveral, Florida, US, in January 2015.

Partners involved with the development of Sunjammer

L’Garde as the primary contractor was responsible for the overall mission design, development, and operations of the Sunjammer. Through its subsidiary Celestis, Space Services Holding was contracted to manage the Cosmic Archive of Sunjammer, and provide additional opportunities for public engagement, sponsorships, outreach and space education.