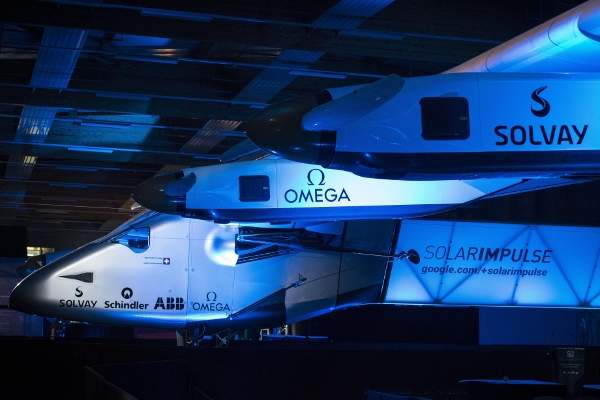 Solar Impulse 2 HB-SIB was introduced at the Payerne airbase in Switzerland in April 2014. Credit: Solar Impulse. 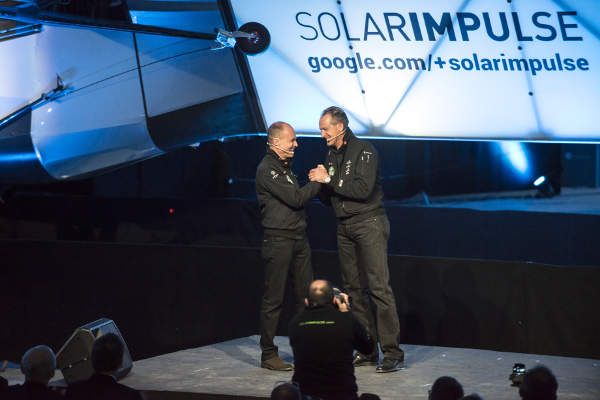 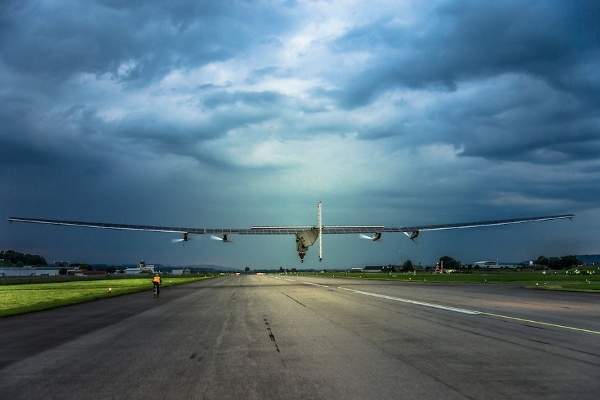 The maiden flight of the Solar Impulse 2 HB-SIB was successfully completed in June 2014. Credit: Solar Impulse.

Solar Impulse 2 (HB-SIB) is the upgraded version of Solar Impulse, a solar-powered aircraft. The new version was unveiled at the Payerne airbase in Switzerland in April 2014. The first prototype, Solar Impulse HB-SIA, was developed in 2009 by the team of Bertrand Piccard and André Borschberg.

The Solar Impulse 2 successfully completed its first flight in June 2014 and was constructed at Dübendorf, Switzerland. Flight testing was completed in 2014 and the aircraft was delivered to Abu Dhabi by a cargo plane in January 2015.

In July 2016, the aircraft successfully completed its round-the-world flight, traversing 40,000km without using any fossil fuels. The journey began in Abu Dhabi and included stops in the Middle East, Asia, the US, Southern Europe and North Africa, before finally returning to Abu Dhabi.

The airframe of Solar Impulse 2 is constructed with lightweight thin materials, such as carbon fibre and honeycomb sandwich panels, which reduced the weight of a carbon layer from 80g/m² to 25g/m².

“The aircraft flew around the world between March 2015 and July 2016 without using any fossil fuels.”

The aircraft’s upper wing surface is covered with encapsulated solar cells and the lower surface is constructed with a high-strength, flexible skin. The aircraft was built with 140 carbon-fibre ribs at 50cm intervals, in order to provide wingspan rigidity.

The aircraft features a 3.8m³ cockpit with seating for a single pilot, who can stay there continuously for one week. The cabin is not pressurised or heated, in order to provide greater energy efficiency.

The aircraft features a total of 17,248 monocrystalline silicon solar cells, which are 135µ thick and mounted on the wings, fuselage and horizontal tailplane. Energy gained from the solar cells is stored in lithium polymer batteries, manufactured by Kokam and optimised to have a density of 260Wh/kg. With a total mass of 633kg (2,077lb), the batteries store power needed to allow the aircraft to fly during the night.

The aircraft is equipped with four brushless, sensorless motors, each generating 17.4hp. It is also fitted with a reduction gear that limits the rotation speed of a 4m diameter, two-bladed propeller to 525rev/min.

The four main partners involved in the development of Solar Impulse 2 aircraft include Solvay, Omega, Schindler and ABB.

The thin, UV-resistant, waterproof resin was designed by Solvay and the ultra-light landing system was designed by Omega. The energy-efficient escalators and elevators, as well as support in applied electronics and new technologies, were provided by Schindler. ABB provided support for the aircraft to fly around the world in 2015.

The aircraft’s autopilot system was designed by Altran, while the electrocardiogram monitoring and vibration device for pilot awareness was invented by EPFL. Innovation by Air Liquide provided a solar-powered oxygen system, while IATA provided technical and operational support.