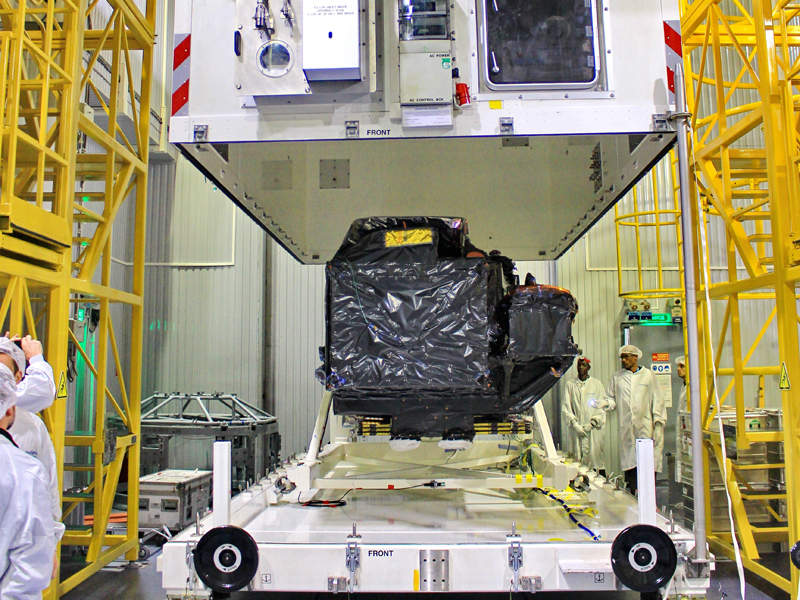 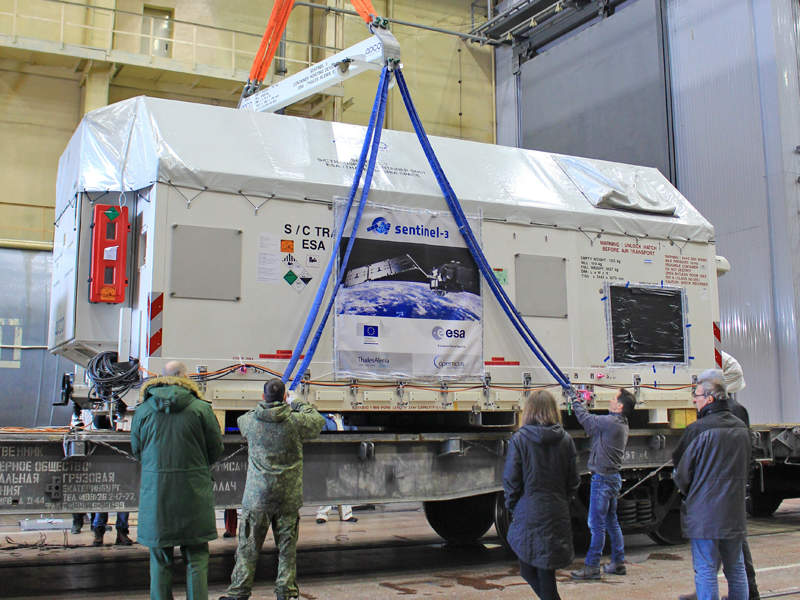 The satellite was transported on an Antonov transport aircraft from France to Russia in March 2018. Credit: ESA. 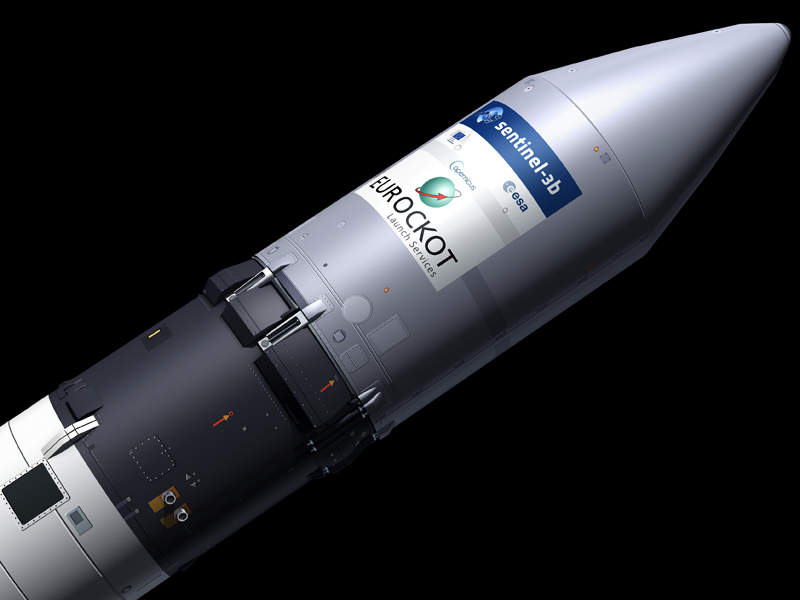 Sentinel-3B, the second satellite in the Sentinel-3 satellite constellation, was launched into space from Plesetsk Cosmodrome in Russia in April 2018.

Placed at an altitude of 814.5km in a sun-synchronous orbit, the satellite monitors ocean, ice and land data through high-accuracy multi-spectral optical and radar instruments.

The satellite was developed as part of the Copernicus programme, which is jointly funded by the European Commission (EC) and the European Space Agency (ESA) to establish the European capacity for Earth observation.

Sentinel-3A, the first satellite in the Sentinel-3 satellite constellation, was launched in February 2016. The third and fourth satellites named respectively Sentinel-3C and Sentinel-3D are scheduled to be launched in 2021.

Sentinel-3B delivered the first images of Earth, including the sunset over Antarctica and sea ice in the Arctic and northern Europe, in May 2018.

Designed for a life of seven years based on the Prima bus platform developed by TAS, the Sentinel-3B measures 3.7m long, 2.2m wide, and 2.2m high. It has a launch mass of 1,250kg and a dry mass of 1,150kg. It includes deployable solar array and batteries, while it can generate approximately 2.3kW of power in the space.

The satellite was transported to Plesetsk Cosmodrome in Russia for pre-launch operations in March 2018.

“The data provided by the satellite  help  improve oceanographic and atmospheric forecasts.”

The spacecraft also carries a global navigation satellite system (GNSS) and a laser ranging retroreflector (LRR). The GNSS can perform precise orbit determination and track multiple satellites simultaneously, while the LRR can accurately locate the satellite in orbit.

The satellite can support both maritime and land missions, including oceanography, continental hydrology, and observation of vegetation on land.

The ocean surface topography mission involves precise measurement of sea height, wave heights and wind speed over the oceans. It can also measure the temperature and colour of the water in oceans, lakes, and rivers.

The data provided by the satellite help improve oceanographic and atmospheric forecasts.

The Sentinel-3B and Sentinel-3A ensure the monitoring and understanding of large-scale global dynamics.

The satellite launch services contract for Sentinel-3B was awarded to Eurockot Launch Services. The spacecraft was launched onboard the Rockot launch vehicle.

The launch vehicle features a booster unit and a re-ignitable Breeze-KM upper stage. The booster unit employs the SS-19 intercontinental ballistic missile for the first and second stages, while the upper stage includes an inter-stage, a Breeze upper stage, a payload adapter, and a payload fairing.

The satellite’s launch operations were carried out from Plesetsk Cosmodrome in Northern Russia.