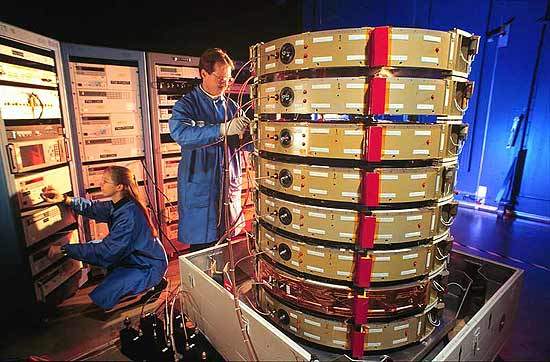 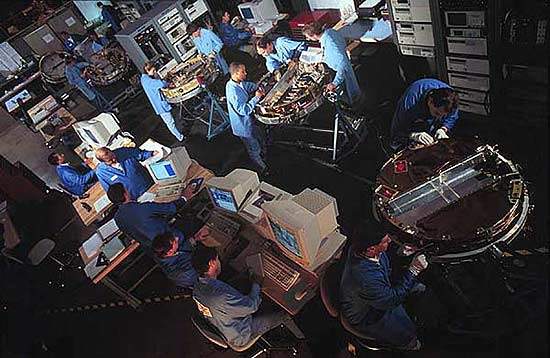 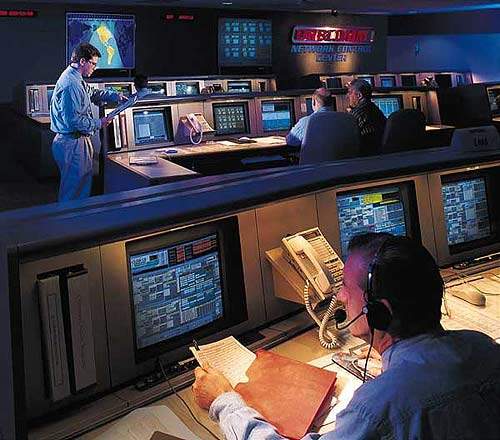 The Orbcomm satellites are controlled from the network control centre. 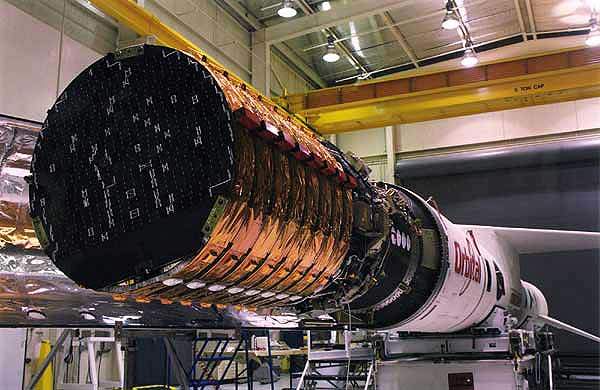 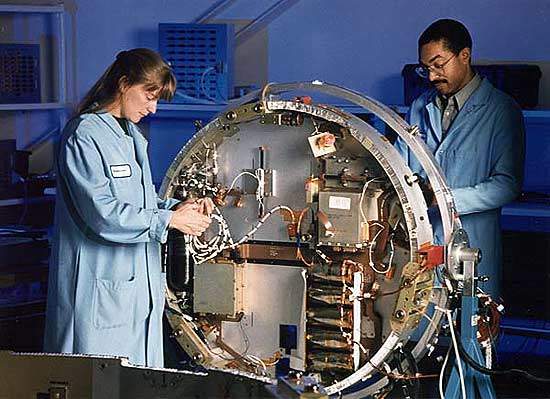 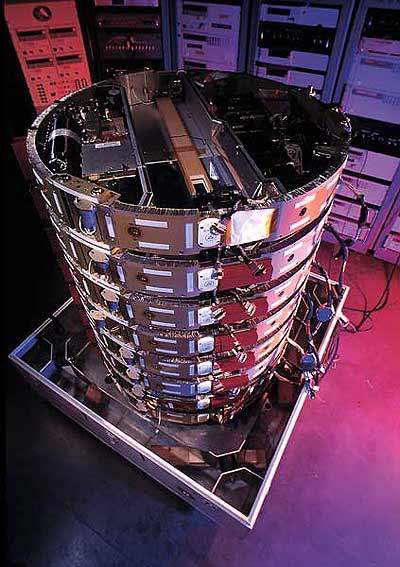 A stack of Orbcomm satellites.

Orbcomm Global, owned by Teleglobe and Orbital Sciences Corporation, provides global two-way digital monitoring, tracking and messaging services through a low-Earth-orbit satellite based data communications system. Orbcomm consists of 36 operational spacecraft, the last of which was launched in 2000.

The main function of Orbcomm’s satellites is to complete the link between the SCs and the switching capability at the NCC in the US or a licensee’s GCC. The satellites are ‘orbiting packet routers’ suited to ‘grab’ small data packets from sensors in vehicles, containers, vessels or remote fixed sites and relay them through a tracking Earth station and then to a GCC.

Orbcomm’s GESs link the ground segment with the space segment and will be in multiple locations worldwide. The GESs provide the following functions:

The GES is redundant and has two steerable high-gain VHF antennas that track the satellites as they cross the sky. The GES transmits to a satellite at a frequency centred at 149.61MHz at 57.6kbps with a nominal power of 200W. The GES receives 3W transmissions from the satellite in the 137-138MHz range. These up and downlink channels have a 50kHz bandwidth.

The NCC is responsible for managing the Orbcomm network elements and the US gateways through telemetry monitoring, system commanding and mission system analysis. The NCC provides the following functions:

The lead contractor is Orbital Sciences.