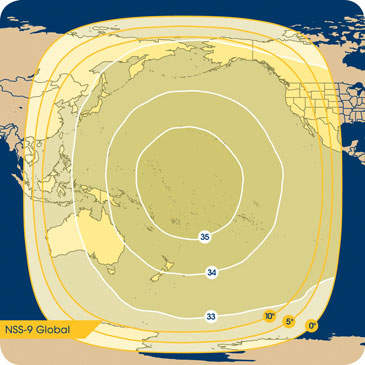 The NSS-9 broadcasts over the Pacific Ocean. 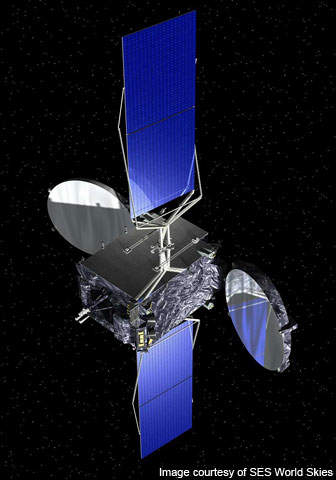 The NSS-9 has two solar panels. 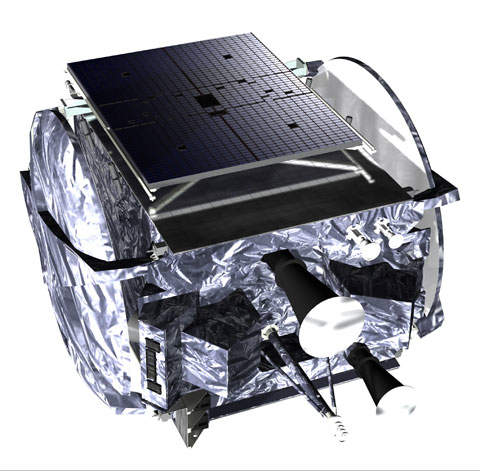 The NSS-9 is a broadcasting satellite that provides direct-to-home and digital broadcasting services. The satellite is part of the New Skies Satellite (NSS) series. It is located 183º east longitude over the Pacific Ocean and provides coverage to Asia Pacific and the US.

The NSS-9 was designed and developed by Orbital Science Corporation and is owned and operated by SES New Skies. Orbital Science was awarded the build contract in November 2006.

On 12 February 2009 the satellite was launched into geosynchronous transfer orbit atop the Ariane 5 launch vehicle. On 31 March 2009 the NSS-9 replaced the NSS-5 satellite and successfully entered into service. The NSS-9 is the 40th satellite in the SES global fleet.

The NSS-9 has been designed to have a lifespan of 15 years.

The NSS-9 is a digitally channelised transponded satellite that offers communication capacity, connectivity and flexibility. Active high-power C-band transponders are interlinked to three beams on a transponder-by-transponder basis. The beams are: Global beam, East Hemi beam and West Hemi beam. The number of transponders was increased from 28 to 44 during its service entry.

The Star-2 satellite bus is smaller and less expensive than other bus platforms and can accommodate various communication payloads.

“The NSS-9 has been designed to have a lifespan of 15 years.”

The dry mass of the Star 2 is 800kg. It is powered by an advanced orbital hydrazine or nitrogen tetroxide liquid apogee engine. The engine was built by Japan’s IHI and can produce 500N of thrust.

The bus controller processes the telemetry data transferred from the ground station. The bus provides 5kW of power and is designed to last for 15 years.

The Ariane 5 vehicle was launched from the Guiana Space Centre in French Guiana. The Ariane 5 can lift heavy spacecraft and is manufactured by ArianeSpace, France.

The satellite can be controlled and tracked using a telemetry tracking and command links (TT&C) system.

The ground control station is manufactured by Orbital Science in the US. The TT&C system tracks and controls the satellite while deviating from its orbit. The satellite and ground station communications take place in a specific bandwidth apportioned to a service provider.