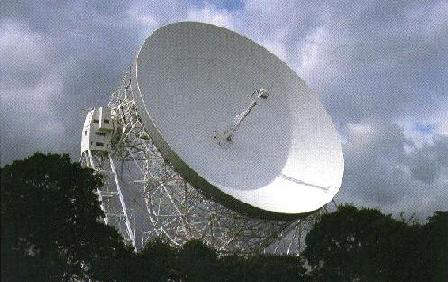 The Lovell telescope is 76m across. 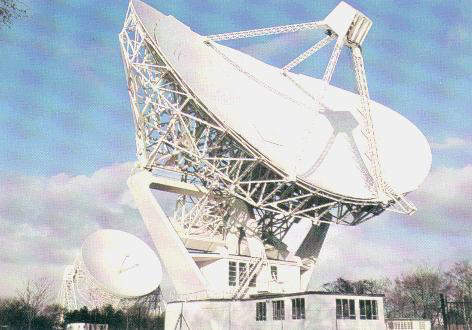 The smaller Mark II radio telescope, with its 25m x 38m elliptical bowl, can be connected to the Lovell Telescope to form an interferometer. 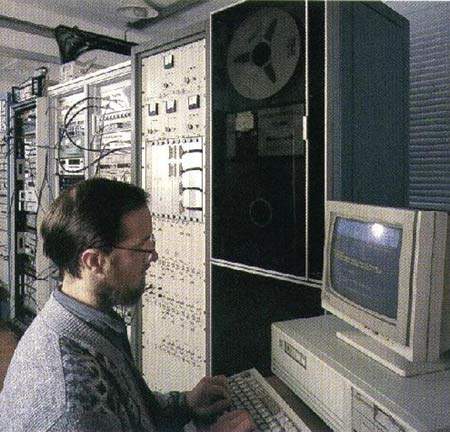 An observer in the VLBI room. The tape deck in the background is recording the radio signals for future analysis. 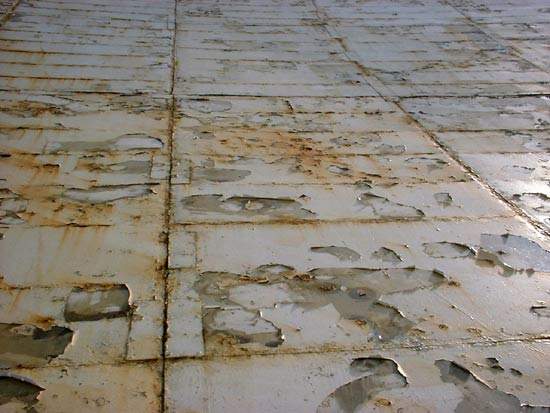 Upgrade work was needed to enhance the quality of the surface. 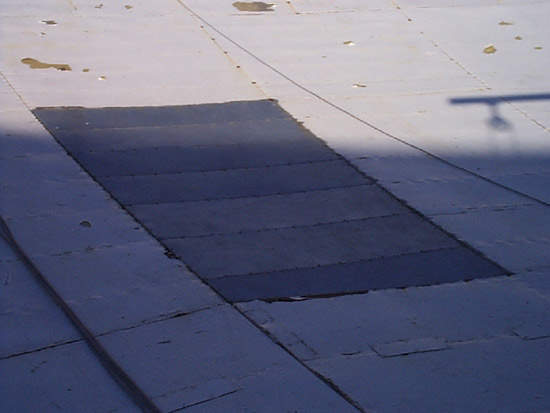 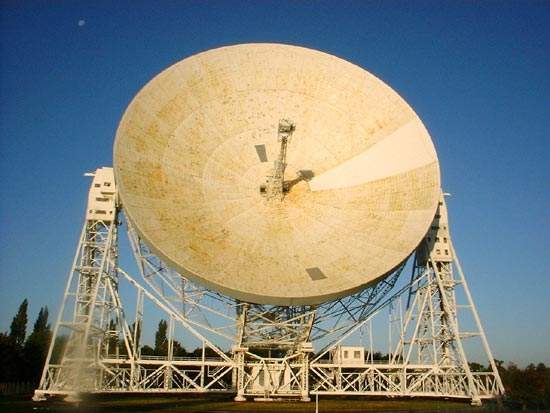 The Jodrell Bank site is one of the UK's premier scientific institutions. 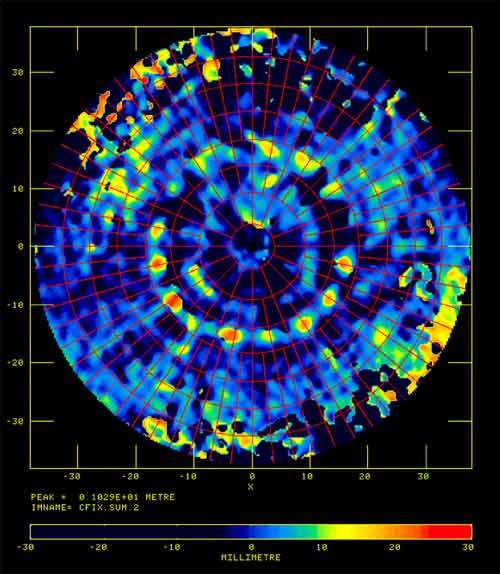 The graphic shows the extent of degrading in the surface of the telescope.

The University of Manchester has been awarded a grant from the Joint Infrastructure Fund (JIF) to fund a £2 million upgrade of its Lovell Telescope at the Jodrell Bank Observatory in the UK.

Over the summers of 2001 and 2002 it is planned that the surface of the 76m Lovell Radio Telescope dish will be replaced as the present surface is not in good condition.

The original steel surface of each of the several hundred panels that make up the surface will be replaced with a new surface made from galvanised steel. This must be used, rather than aluminium, in order that the part of the telescope that rotates in elevation (the bowl structure) remains balanced.

The expectation is that this will provide a substantial increase in the highest operating frequency of the telescope and, in particular, make it fully efficient at 5GHz. The improved performance would come from three improvements:

An expansion of the useable frequency range by a factor of four and an increase in the sensitivity at the key operational frequency of 5GHz by a factor of five will allow a wide range of new science to be carried out.

Using modern holographic profiling techniques, the new surface will be set to optimise the efficiency of the telescope for operation at frequencies above 5GHz.

The present drive and control system will be replaced so to increase the precision of the positional control. This will involve independent control of individual drive motors.

REFURBISHMENT OF THE TRACK AND FOUNDATIONS

Remedial work on the surface layer of the foundations has been carried out to prevent water ingress. The outer azimuthal track has been re-laid to the current British standard.

Whereas the present telescope can operate efficiently at wavelengths down to 18cm (a frequency of 1.8GHz) the performance, on the present surface accuracy, drops off dramatically at shorter wavelengths. The new surface will, in contrast, be almost fully efficient at a wavelength of 5cm (6GHz) which is a major operating frequency of the Merlin (Multi Element Radio Linked Interferometer Network) array.

A team from SHAL Engineering of Sheffield will install the new panels. The upgrade package has four main elements, with the work planned to be carried out over the summers in 2001 to 2002 at a fraction of the cost (at least £30 million) of building a new telescope of the same size and comparable performance.