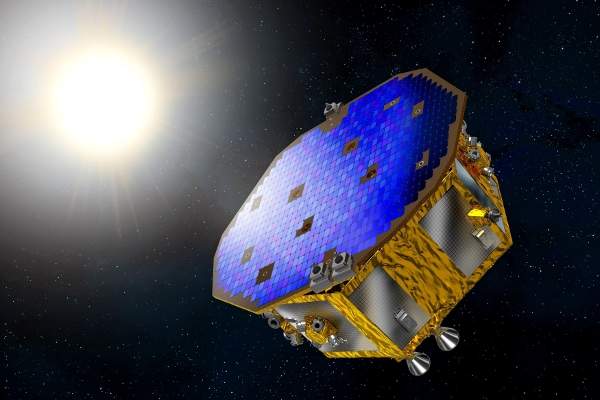 An artist’s impression of the LISA Pathfinder spacecraft. Credit: ESA. 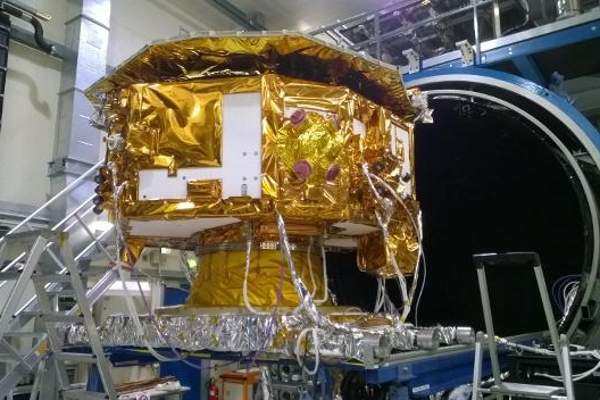 The spacecraft is scheduled to be launched in September 2015. Credit: ESA. 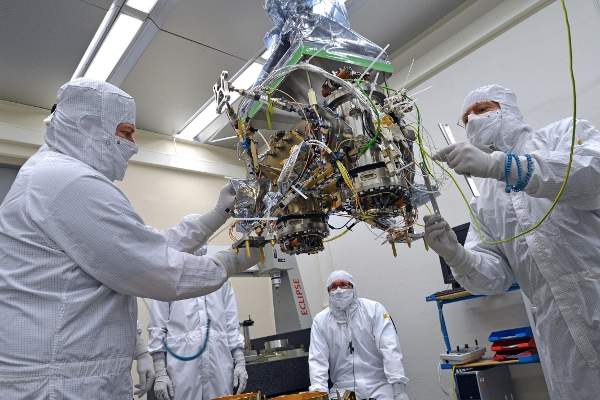 Airbus Defence and Space performed the payload integration with the spacecraft. Credit: ADS.

LISA Pathfinder is a spacecraft intended to test the in-flight concept of low-frequency gravitational wave detection metrology and will probe Einstein’s geodesic motion at an unprecedented level.

It is being developed by the European Space Agency (ESA) in association with European space companies and research institutes from France, Germany, Italy, the Netherlands, Spain, Switzerland, the UK and Nasa.

The spacecraft, previously known as Small Missions for Advanced Research in Technology-2 (SMART-2), is expected to be launched into space on a Vega rocket in September 2015.

It will be placed at Halo orbit around the first Earth-Sun Lagrange point (L1) after a transfer trajectory from a low Earth parking orbit.

Airbus Defence and Space (ADS) was awarded the contract to provide design, assembly and manufacturing services for the LISA Pathfinder spacecraft. Construction was carried out at the company’s facility in Stevenage, UK.

The sciencecraft has an operational orbit mass of approximately 480kg, while the propulsion module has a mass of 1,420kg, making the total launch mass 1,900kg.

The dimensions of the sciencecraft are 1m cylinder height and 2.1m diameter, while the propulsion module is 2.9m long and 2.1m in diameter.

LISA Pathfinder science module is constructed with a lightweight structure, such as carbon fibre reinforced plastic (CFRP), sandwich panels and shells. The mating ring of the propulsion module is finished with aluminium alloy.

Development history of the spacecraft

The Cassini-Huygens programme was launched to study Saturn and its moons, including Titan and Enceladus.

After being first proposed in 1998, LISA Pathfinder was refined and proposed again to the ESA in 2000. The refined proposal was approved by the Science Programme Committee (SPC) in November 2000.

The systems requirements review for the spacecraft development was completed in November 2004, followed by the technology readiness review in June 2005 and the preliminary design review in September 2005.

The LTP preliminary design review was completed by August 2005 and the ground segment requirements review by November 2005.

Construction and testing of the optical bench for LISA Pathfinder began in June 2013. CGS delivered the inertial sensors of the LISA Pathfinder spacecraft to ESA in November 2014.

The spacecraft was shipped to Industrieanlagen-Betriebsgesellschaft (IABG) in Ottobrunn, Germany, for final tests in June 2015.

The LISA Pathfinder mission includes placing two test masses in a virtually ideal gravitational free-fall and to control and calculate the relative motion with accuracy. Gravitational waves are ripples in space-time predicted by Albert Einstein’s theory of general relativity.

Detection of gravitational waves will enhance knowledge of general relativity and will allow scientists to identify the impact of astronomical events that are thought to cause a distortion on the fabric of space.

Instruments on board LISA Pathfinder

The LTP payload was developed by European institutes and the industry. The DRS was manufactured by Nasa’s Jet Propulsion Laboratory in California, US.

LTP payload consists of two identical proof masses in the form of 46mm cubes made of gold-platinum.

The instrument shall simulate the observational arrangement for the LISA mission, with the difference that the distance between the proof masses is reduced from five million kilometres to 35cm.

The second instrument DRS will include a set of micro-rockets that aim to control the spacecraft’s position to within a millionth of a millimetre.

LISA Pathfinder spacecraft will be launched aboard a Vega rocket in designated flight VV06 from Europe’s spaceport at Kourou, French Guiana.