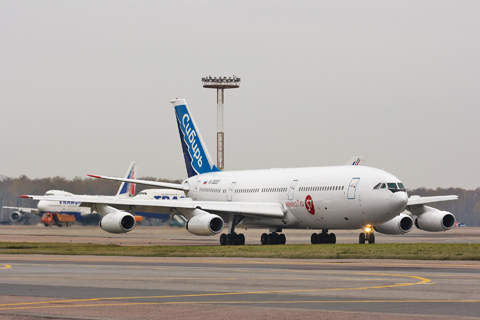 An IL-86 procured by S-7 airlines parked at Domodedovo airport.

The IL-86 was designed and manufactured by Ilyushin Aviation Complex. 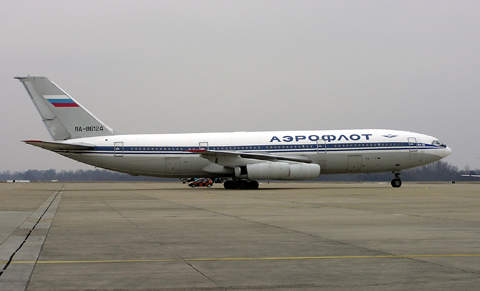 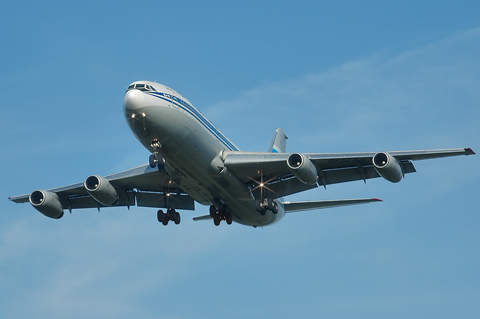 The IL-86 can be used on domestic and international routes.

The Ilyushin IL-86 is a four-engine, medium-range, wide-bodied jetliner, designed and manufactured by Ilyushin Aviation Complex of Russia. The IL-86, which has the NATO reporting name ‘Camber’, was the maiden wide-body passenger aircraft built in the Soviet Union. About 120 IL-86s were built until production was halted in 1992.

The development of IL-86 began in 1974, and its maiden flight took place at Khodynka airfield in December 1976. Deliveries commenced in September 1979. The IL-86 entered into service in December 1980, and went on to break 18 world records in October 1981.

As of 2011, six IL-86s are still in service; four in the Russian Air Force and with Donavia.

The IL-86 was designed for military and commercial applications, and for domestic and international routes. It can take-off from and land on small runways even in adverse weather conditions, and features electric motors to control tail-plane incidence.

An automatic flight control system is installed to decrease the workload of pilot by executing automated operations.

The IL-86 features three spacious and comfortable pressurised cabins, which can accommodate 350 passengers or 16,000m³ of freight.

These are fitted with eight toilets, two pantries and three lower deck air-stair doors which provide access to the ground level for dropping off baggage before entering the passenger cabin.

A VSU-10 auxiliary power unit supplies power to the cabin.

The IL-86 is powered by four Kuznetsov NK-86 bypass turbojet engines, each of which generates 127.5kN of thrust. The NK-86 is an advance version of Kuznetsov NK-8. Produced by Kuznetsov Design Bureau, the engine was certified in April 1979. The engine’s lifespan is 10,000 hours, and it can run for 4,000 hours before it needs to be serviced.

The IL-86 is fitted with a conventional two-wheeled nose gear in the front section of the fuselage. A four-wheeled bogie is fitted in the centre of lower fuselage and two similar bogies are placed below the outer wings.

The take-off and landing distances of the jetliner are 2,700m and 1,980m respectively.