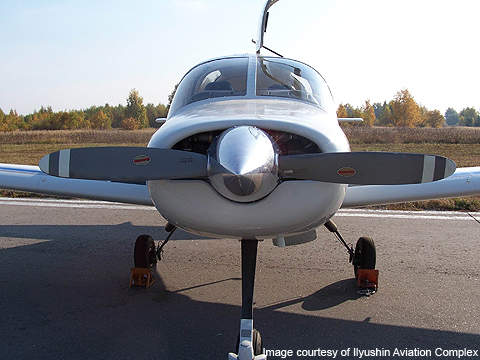 A non-retractable tricycle landing is fitted to the IL-103. 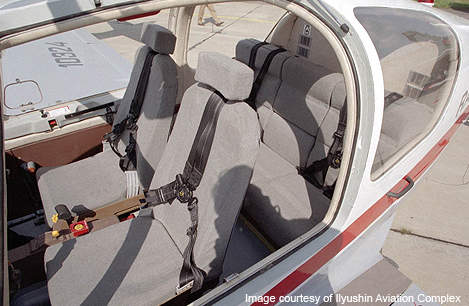 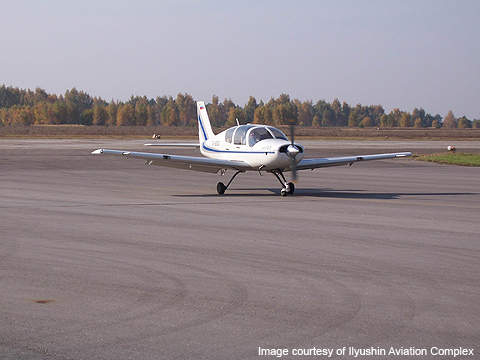 The IL-103 landing on an austere runway. 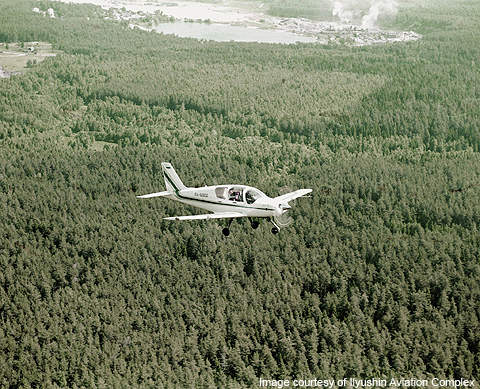 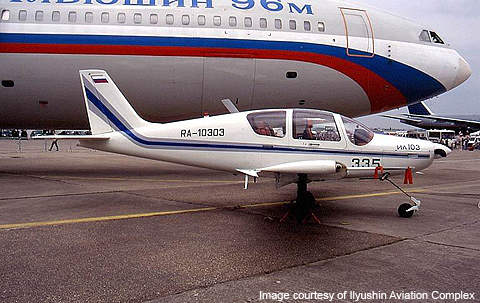 The aircraft is powered by a Teledyne Continental IO-360ES piston. 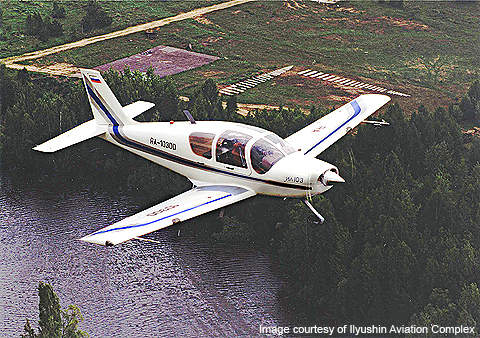 IL-103 training operations in a forest.

The IL-103, a light multi-purpose single-engine aircraft, is designed and manufactured by Ilyushin Aviation Complex, Russia, to meet the requirements of the Republic of Korean Air Force (ROKAF). It is a large and medium-size aircraft used principally for civil and transport roles. Highly economical and reliable, the IL-103 can operate in adverse weather conditions.

The maiden flight of the IL-103 took place in May 1994. The aircraft obtained Russian AP23 certification in February 1996. It was also the first Russian aircraft to receive Federal Aviation Administration (FAA) type certificate No. A45CE in December 1998. About 21 IL-103 aircraft were ordered in 2002, three of which were delivered in July 2004. A total of 66 aircraft are currently in service worldwide.

The IL-103-10 is an export variant upgraded with advanced avionics system, while the IL-103-11, an export version, features partially modernised avionics compared with the original prototype.

The IL-103SH is an agricultural aircraft principally used for aerial applications of pesticides. The variant is also referred to as a crop duster and can be used for hydroseeding.

“The IL-103 is a light multi-purpose single-engine aircraft.”

The IL-103 has been designed to operate in rugged or tough conditions. It can conduct aerobatic flights, visual flight rules (VFR) flights, category II local flights and coast guard patrol, and weather monitoring. The aircraft can be used for passengers airlifts, training, and aerial surveillance of oil pipelines, forests and sea shore. It can also be used for charter flights and aviation trainers. The IL-103 is designed to operate on short and improvised runways.

“The IL-103 has a comfortable and spacious cabin.”

The aircraft features a non-retractable tricycle front, and stationed and amortised landing gear. The low pressure wheels of the landing gear allow the aircraft to take-off and land on austere runways with elements connected to rear fuselage under the cockpit.

“The aircraft is powered by a single Teledyne Continental engine.”

The aircraft is powered by a single Teledyne Continental IO-360ES piston-opposed air-cooled engine. Each engine can produce 156.6kW (210hp) of power.

The engines are each a six-cylinder boxer, which feature a Hartzell BHC-C2YF-1BF / F8459A-8R two-blade variable pitch (hydraulic) metal propeller of 1.93m diameter.