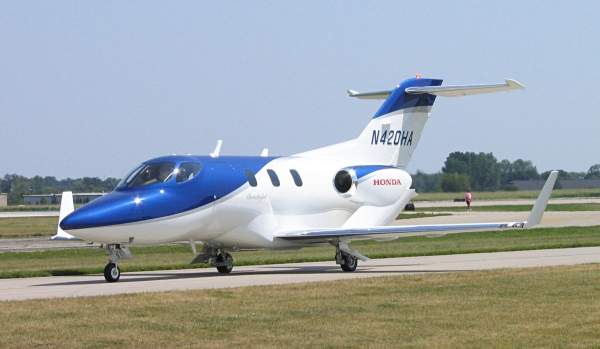 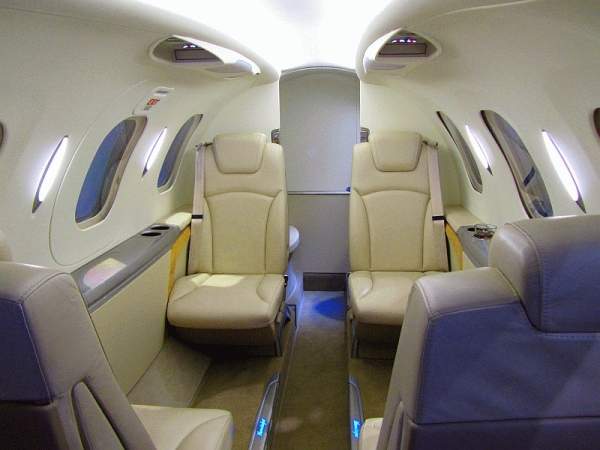 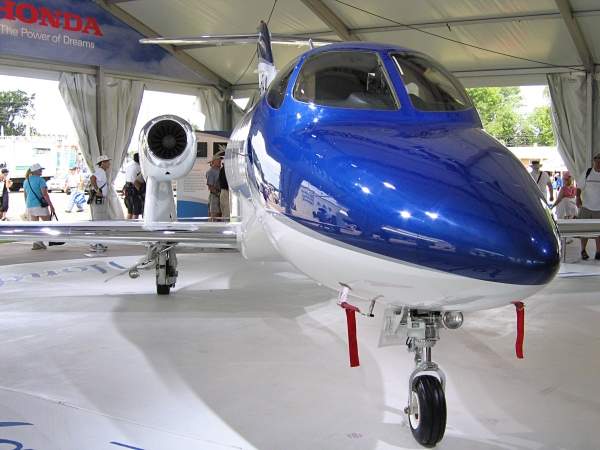 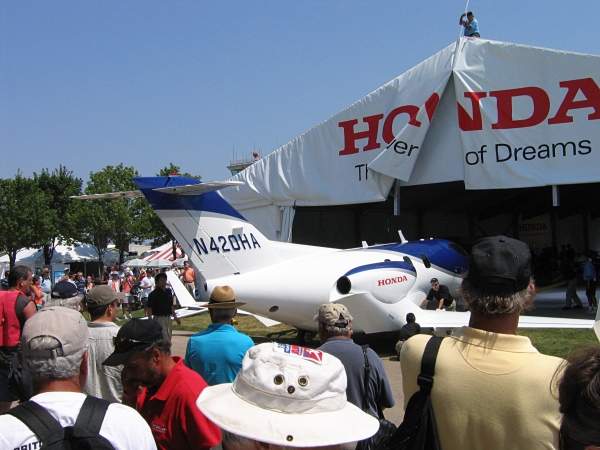 The HA-420 was unveiled to a global audience at the EAA Venture Air Show held in Oshkosh, Wisconsin, in July 2005. Credit: Michael Pereckas.

The Honda HA-420 is a twin-engine business jet designed and manufactured by US-based Honda Aircraft Company (HAC) to operate on domestic and international air routes. It is the first general aviation aircraft built by HAC.

Deliveries of Honda HA-420 began in December 2015 with the aircraft delivered to customers in the US, Mexico and Europe.

Design and development of the business jet

The sleek and aerodynamic design of the HA-420 is claimed to accomplish 35% higher fuel efficiency than conventional business jets. An over-the-wing podded engine configuration of the aircraft reduces drag during flight and maximises cabin space.

HAC began research for a potential small size business jet in the early 1980s. The development of the first prototype, the MH02 Hondajet, began in the late 1980s and early 1990s at Mississippi State University’s Raspet Flight Research Laboratory.

Built with composite materials, the MH-02 took off on its first flight in December 2003. It was introduced to a global audience at the EAA Venture Air Show held in Oshkosh, Wisconsin, US, in July 2005.

In July 2006, HAC decided to commercialise the Hondajet. The company began to take customer orders in 2006 worth $3.65m each. HAC and Piper Aircraft Company entered into a partnership to market the aircraft in August 2006.

Construction of a new production facility to build the Hondajet began in 2007 and was completed in 2011.

Assembly of the flexible airframe, fuselage, metal wings, empennage, landing gear and engine pylons began in May 2010. The maiden flight of the first HA-420 jet took place from Piedmont Triad International Airport in December 2010. In July 2011, HAC announced that it planned to produce 70 to 100 Hondajets a year.

Construction and flight deck of the HA-420 jet

The fuselage is made up of lightweight carbon composite or honeycomb sandwich materials to decrease the overall weight of the aircraft. The wings are built with reinforced single sheets of aluminium, which provide a smoother surface compared to the wings of conventional business jets.

Cabin and engines on board the twin-engine business jet

The cabin can accommodate five passengers and offers plenty of leg space. It features executive seating for four passengers along with a single seat divan in classic club configuration.

The Honda HA-420 is powered by two GE Honda HF120 turbofan engines rated at 8.04kN of maximum thrust each. The engine is designed and developed by General Electric Honda Aero Engines at their plant in Burlington, North Carolina.

Performance of the HAC HA-420 jet