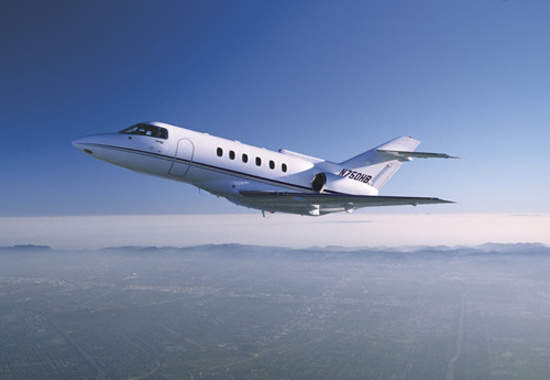 The Hawker Beechcraft Hawker 750 offers the speed and take-off performance advantages of the longer range Hawker 800XP aircraft, but the ventral fuel tank has been replaced with an external baggage compartment providing 32ft&#179; of additional baggage capacity. 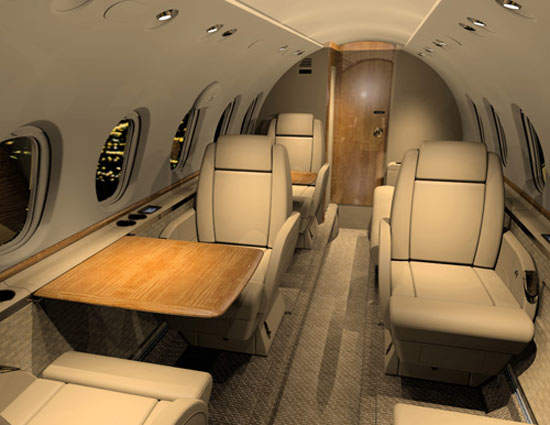 The 5ft 9in-high, 6ft-wide cabin of the Hawker 750 allows easy movement during the flight.

The Hawker Beechcraft Hawker 750 offers the speed and take-off performance advantages of the longer-range Hawker 800XP aircraft, with the same Honeywell TFE 731-5BR turbofan engines, but the ventral fuel tank has been replaced with a heated external baggage compartment with 32ft³ of additional baggage capacity. With four passengers, the Hawker 750 has a 2,100nm (3,889km) NBAA IFR range.

The Hawker 750 was launched at the National Business Aviation Association (NBAA) convention in October 2006.

An initial order was received at the show from NetJets Aviation and NetJets Europe for 30 aircraft. NetJets increased the order to 60 aircraft in January 2007. Other orders received include: National Air Services (20 aircraft) of Saudi Arabia and Jet Asia (four).

First flight of the Hawker 750 took place in August 2007 and the aircraft received US FAA certification in February 2008. The aircraft entered service in June 2008, with Jet Asia Limited which has four aircraft on order.

The versatile cabin of the Hawker 750 allows a large variety of layouts with each aircraft interior being designed to satisfy the requirements and tastes of the individual customer.

With an eight-seat configuration, there is a baggage capacity of 77.5ft³ most of which is accessible in flight. The Hawker 750 features a 32ft³ external baggage compartment.

A comprehensive refreshment centre is equipped with a cold food box, hot water and stowage for crockery, cutlery and glasses.

From 2008, the Hawker 750 can be fitted with the Aircell Axxess II satellite communications system.

The Honeywell Aerospace GTCP36-150 Auxiliary Power Unit (APU) is fitted as standard in the Hawker 750. The APU is fully approved for in-flight operation to 30,000ft and provides electrical power and air-conditioning while the aircraft is on the ground without the need to start the aircraft’s main engines.