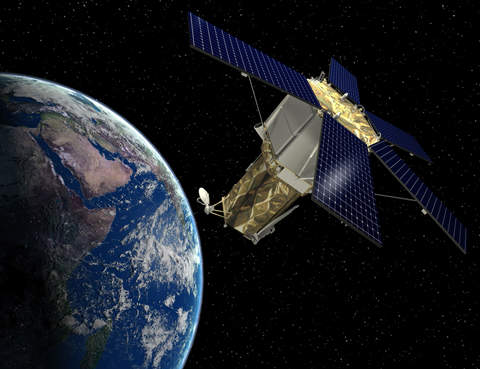 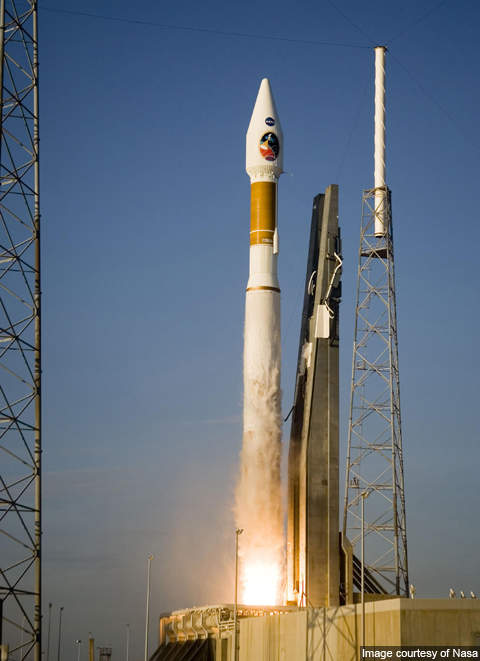 GeoEye-2 will be launched atop Atlas V rocket launcher. 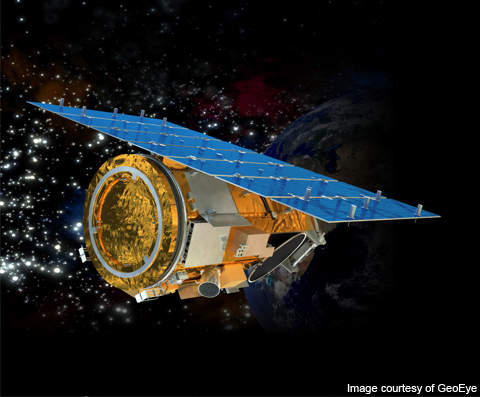 GeoEye-1 is the predecessor of GeoEye-2. 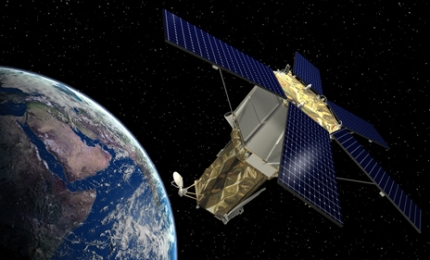 GeoEye-2 is an earth observation satellite (EOS) being designed and built by Lockheed Martin Space Systems (LMSS) in Sunnyvale, California. It is a third generation spacecraft, which is expected to offer the highest resolution imagery of the earth available for civilian and military applications. Owned and operated by GeoEye, the satellite will provide a greater volume of imagery compared to its predecessor GeoEye-1.

"GeoEye-2 is being designed for a lifespan of seven years."

The spacecraft will be launched into sun synchronous orbit on the piggyback of the Atlas V launch vehicle from Space Launch Complex-3E at Vandenberg Air Force Base, California, in early 2013. It will be positioned at an altitude of 500km above the earth.

The spacecraft will capture imagery of up to 700,000km² a day with a ground resolution of 0.36m in panchromatic mode. It can collect 350,000km² of imagery a day in multispectral mode with a spatial resolution of 0.25m.

GeoEye-2 is being developed under the National Geospatial-Intelligence Agency’s EnhancedView Commercial Imagery Program. The program was initiated to meet the geospatial intelligence requirements of the intelligence community and the Department of Defense.

APSTAR 7 is a geostationary communication satellite built for commercial purposes.

In August 2010, the National Geospatial-Intelligence Agency contracted GeoEye for support of the EnhancedView Program. The ten-year contract, valued at $3.8bn, includes $2.8bn for purchasing geospatial imagery and $700m for other products and services.

The remaining $337m will be spent on the development and launch of GeoEye-2 along with ground station. The agency will release one-third of its contribution in GeoEye-2 in 2012 and the remaining after the spacecraft becomes operational in 2013.

The GeoEye-2 is being designed for a lifespan of seven years. Its design is based on the advance LM-900 (LMx small) satellite bus which weighs around 2,087kg at launch. It will be fitted with a high resolution electro-optic panchromatic camera, 14.2km imaging swath and star tracking sensors.

The preliminary design review (PDR) of GeoEye-2 was done in December 2010. The review included examining the complex design and advance capabilities of the satellite to meet the vital geospatial information requisites of GeoEye’s customers.

The CDR of the imaging system was completed on 1 March 2011 at the facility in Rochester, New York.

Development of the earth observation satellite

GeoEye awarded a $28m contract to ITT Exelis Geospatial Systems in October 2007 to supply a next-generation electro optic imaging sensor for deployment in the GeoEye-2. It was delivered in April 2012.

LMSS signed a contract with GeoEye in March 2010 to design, build and test GeoEye-2 and associated command and control systems.

A procurement contract was signed between GeoEye Imagery Collection Systems and LMSS in October 2010 to complete construction of GeoEye-2 and associated command and control systems.

Atlas V is designed and manufactured by United Launch Alliance (ULA). It can transfer multiple payloads into space simultaneously. The vehicle was assembled in two stages to carry out a wide range of mission requirements.

It is equipped with a common core booster (CCB) and five strap on solid rocket boosters (SRB) and RD-180 propulsion unit.

The ground station will be designed and manufactured by LMSS and installed at the Herndon headquarters in Virginia.

The telemetry tracking and command system will be incorporated in the ground station to recover the spacecraft when deviating from its original orbit. Communication between the ground station and the satellite will be facilitated via a specific bandwidth assigned to GeoEye’s customer.