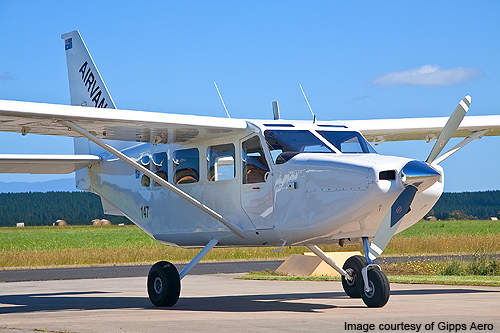 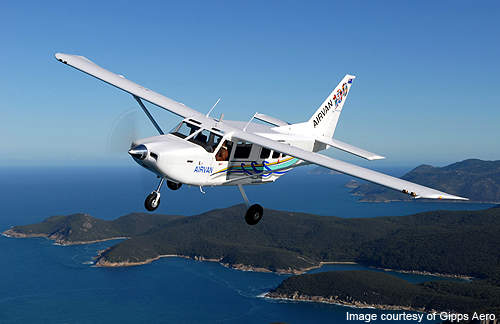 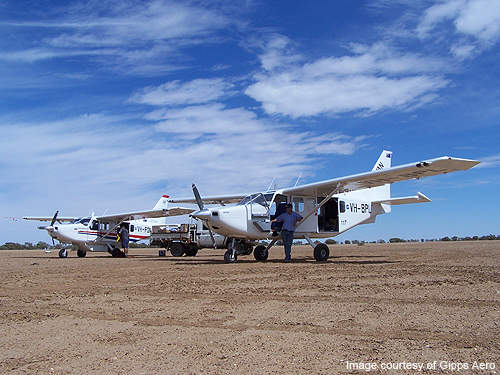 The maiden flight of GA8 took place in March 1995 and the aircraft entered service in 2000. 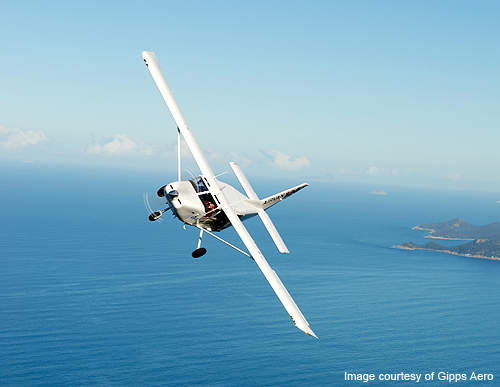 GippsAero will start promoting the GA8 and GA8-TC for the Indian market in 2012.

The maiden flight of GA8 took place in February 1995 and the aircraft entered service in 2000.

The Airvan was type certificated by the Australian Civil Aviation Safety Authority to FAR 23 Amendment 48 requirements in December 2000 and subsequently updated to Amendment 54 status in early 2003.

This was followed by certification by the US FAA and Transport Canada in 2003 and by the European Aviation Safety Agency (EASA) in 2005.

Orders and deliveries of the GA8 Airvan

The USAF Auxiliary, the Civil Air Patrol, placed an order for 16 GA8 aircraft for search and rescue (SAR) and homeland defence missions in November 2002.

GippsAero delivered 48 GA8 aircraft by the end of February 2003 to a number of countries, including Australia, Belize, Botswana, Canada, Indonesia, Mozambique, New Zealand, South Africa and the US.

Lesotho Defence Force in South Africa was delivered a GA8 aircraft in March 2004.

More than 163 GA8 aircraft were delivered by the end of July 2011. The first GA8 TC-320 was delivered to Victorian sky diving operator The Parachute School based in Australia in 2009.

The first GA8 aircraft to be seen in India was flown from Australia to participate in Aero India 2007.

One GA8 TC-320 was presented to Luxembourg’s Skydive Club Cercle Para by the government in July 2011.

The GA8 is designed as a high-wing monoplane with a vertical tail. The aircraft features a fixed tricycle gear which has the ability to operate from semi-prepared strips. It features GPS based navigation and convex windows for clear views during flight.

The aircraft is designed specially to meet the standards of safety, airworthiness and the demands of remote area operations.

The company obtained approval by the CASA to increase the maximum take-off weight in March 2011.

The GA10, a stretched ten-seat turboprop version of the GA8, made its first flight in May 2012. GippsAero also commenced work on an 18-seat multirole twin turboprop to be known as the GA18.

The cabin is 44.9in-high, 182.6in-long and 50in-wide. The volume of the cabin is double that of other similar aircraft.

A total of eight passenger seats are provided. The cabin also features an in-flight openable sliding door which provides easy access to the passenger cabin.

The cockpit and the cabin are insulated and provided with soundproofing. There are eight individual vent outlets with two top speed fans. Air conditioning provision is optional.

The Airvan is provided with a cargo hold for the storage of extra luggage. A storage area is provided above the rear fuselage for light / bulky items.

The GA8 aircraft is equipped with a Textron Lycoming IO-540-K1A5 cylinder direct drive fuel-injected engine rated at 300hp. It is fitted with a Hartzell 2 blade constant speed propeller.

The variant is fitted with a Hartzell 3-blade constant speed propeller.