GippsAero, a division of Mahindra Aerospace 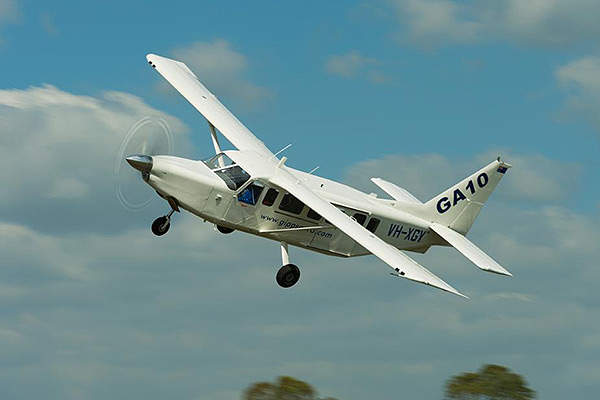 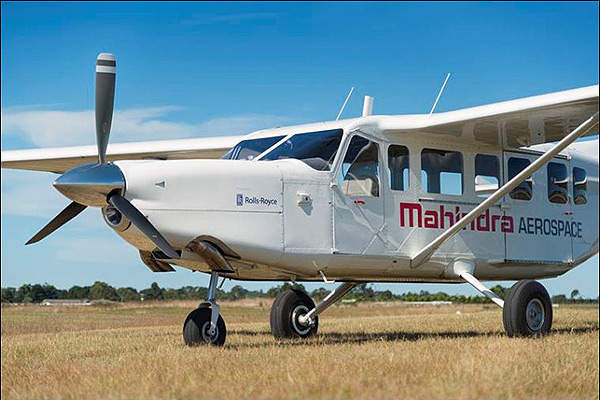 The first flight of GA10 Airvan was completed in May 2012. Image courtesy of Mahindra Aerospace. 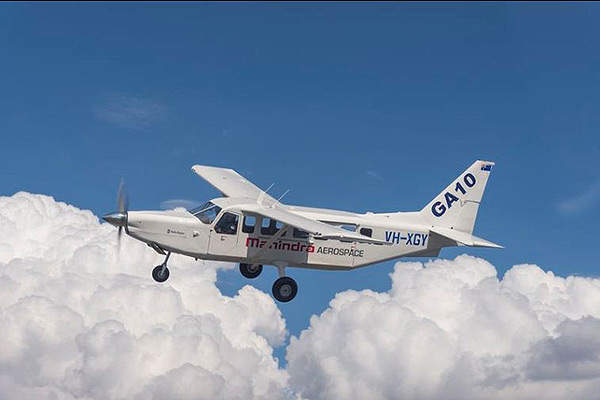 The aircraft is powered by a single 250- B17F/2 turboprop engine. Image courtesy of Mahindra Aerospace.

The aircraft is mainly intended for general aviation purpose, and can also be used in passenger and freight transport, ambulance/medical evacuation (MEDEVAC), air survey and surveillance missions. It will be built at GippsAero’s Latrobe factory located in Victoria, Australia.

The first flight of the GA10 Airvan was completed at Latrobe regional airport in eastern Victoria in May 2012. The aircraft is currently undergoing FAR 23 certification review, which is due for completion in 2014.

The GA10 is a clean sheet design, but will incorporate many design and manufacturing features of the eight-seat GA8 Airvan. Development of the GA10 began in 2009 and the basic airframe was completed in October 2011.

The GA10 uses aerodynamic design and production components of the GA8 aircraft to achieve reductions in development and production costs. The new aircraft features an aluminium airframe and a fixed steel gear.

"The new aircraft features an aluminium airframe and a fixed steel gear."

Its fuselage is over a metre longer than its predecessor to provide extra carrying capacity. Tail section is similar to that of the GA8.

The aircraft features a spacious cabin with high vision windows and a 50in. sliding door. It accommodates up to nine passengers. It features 32ft3 of baggage space at the rear and also includes the option for a cargo pod with 25ft3 additional baggage space.

The GA10 can be converted into a multi-role aircraft by removing the seats. It can conveniently accommodate litter-patients and life support equipment along with medical personnel, in MEDEVAC role.

The GA10 Airvan is powered by a single 250- B17F/2 turboprop engine manufactured by Rolls Royce. The engine has a takeoff power of 450shp (335kW) and is coupled to a Hartzell HC-D3F-7 propeller. The aircraft can store 580 litres of JET A-1 fuel required for the engine in its tank.

Hawker Pacific was appointed as an authorised dealer in September 2012 to sell the aircraft in ten Asian countries.