KLM Cityhopper, Austrian arrows, Carpatair, Regional and so on

Austrian arrows procured nine F70s for use as passenger aircraft. 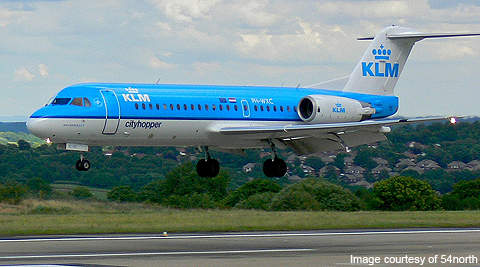 An F70 of KLM Cityhopper landing at the Bradford International Airport, UK. 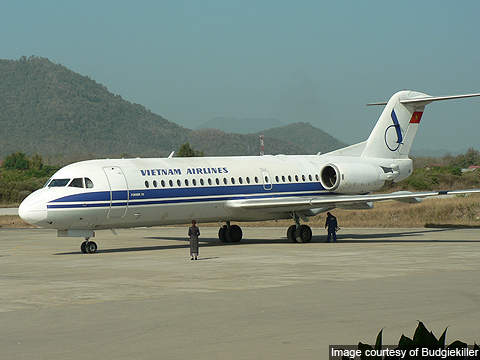 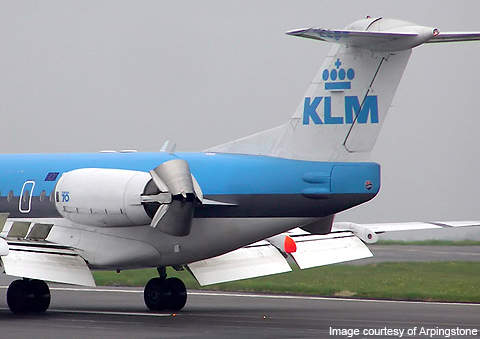 A twin passenger airliner, the F70 was designed and built by Fokker Aircraft Company (FAC) of Netherlands. It was derived from the Fokker F100 aircraft. A total of 48 F70s were operational with 15 operators worldwide as of November 2009.

An advance version, the F70A was developed for deployment in the US. The Fokker F70ER is an extended range model introduced in 1994. It is fitted with an additional fuel tank to execute long range missions.

The design of the F70 was 95% similar to that of the Fokker F100. The F70 was designed to meet the rigorous Federal Aviation Administration Stage 3 noise regulations. The exterior design of the aircraft comprises three liveries or two liveries with centre tank. The aircraft is equipped with cabin pressurisation system and air conditioning system.

The development of the first F70 prototype began in November 1992 to supersede the Fokker F28 jetliner.

“The prototype took off for its maiden flight in April 1993 from Woensdrecht base in southern Netherlands.”

The prototype took off for its maiden flight in April 1993 from Woensdrecht base in southern Netherlands.

It was built by decreasing the length of the Fokker 100 fuselage section by 4.62m and removing two emergency exits. The bankruptcy of FAC resulted in the halting of F70 production in 1996. Delivery of the last F70 took place in April 1997.

The spacious cabin of the F70 measures approximately 2.9m-wide and 2m-high, and can seat 80 passengers in five abreast seating configuration. The cabin area is divided in to business class and economy class with enough leg space for passengers onboard.

“The Fokker F70 features a glass cockpit to accommodate a pilot and a copilot.”

A downward opening main entrance door of 1.92m-long and 0.86m-wide along with integral stairs facilitate maximum operational flexibility. The cabin is equipped with LEDs, onboard oxygen generating systems (OBOGS) and ventilators.

The Fokker F70 is powered by two Rolls-Royce Tay 620-15 turbofan engines which produce 61.6kN of thrust each. The engines are fitted at the aft fuselage section.