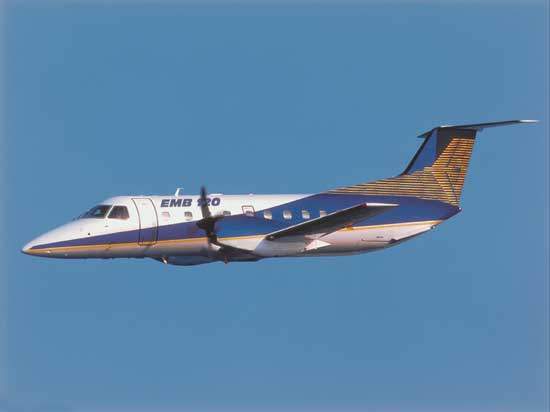 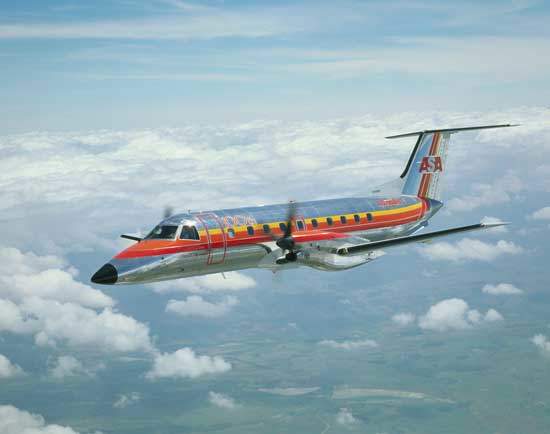 Atlantic South East Airlines (ASA) was the launch customer for the EMB-120. 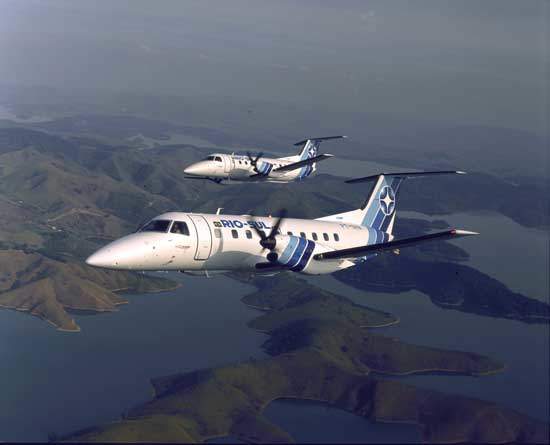 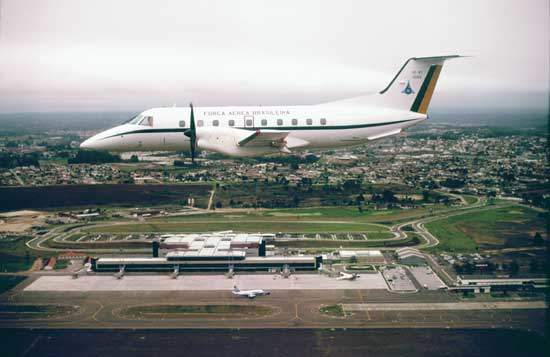 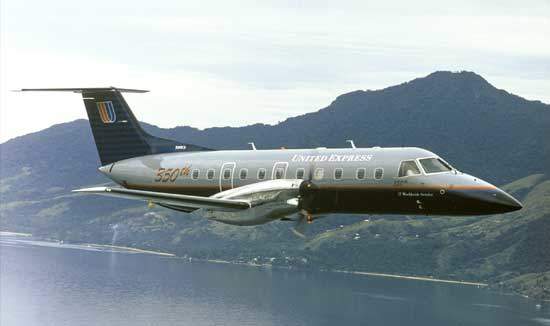 The aircraft is also available in an all-cargo version with a payload capacity of 4,000kg. 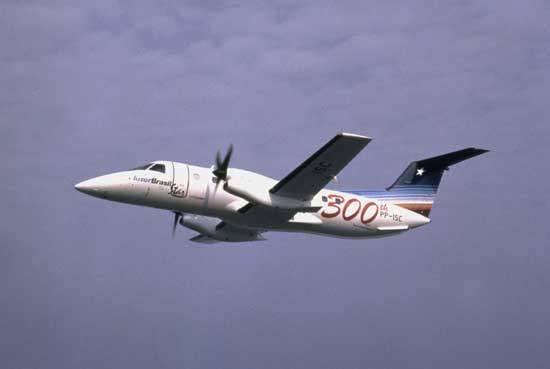 EMB-120 in the fleet of InterBrasil Star of Sao Paolo. 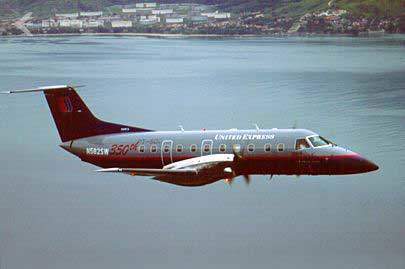 EMB-120 in the colours of United Express. 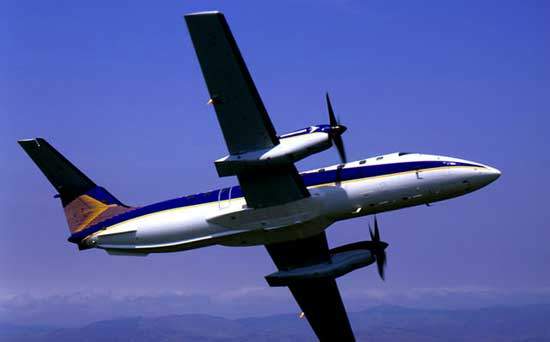 The extended range version, the EMB-120ER, which was first delivered in 1993.

The EMB-120 Brasilia is Embraer’s 30-seat twin-turboprop airliner.
Embraer (Embresa Brasileira de Aeronautica S.A.) has its headquarters in Sao Jose dos Campos, Sao Paulo, Brazil. The EMB-120 first entered service in 1985 with Atlantic Southeast Airlines. In 1991, Embraer announced the Improved Brasilia extended range version – the EMB-120ER – first delivered in 1993. The extended range aircraft includes several features such as an increased take-off weight and improved design of all the leading edges. The ER version has been adopted as the standard production model since 1993.

Over 370 aircraft have been delivered and are in service with 32 operators worldwide. Major sales were in the USA to Atlantic Southeast Airlines (62 aircraft), Comair (40 aircraft), SkyWest (70 aircraft), WestAir (35 aircraft) and Texas Air (34 aircraft).

The aircraft is produced in a 30-seat passenger version, an all-cargo version with a payload capacity of 4,000kg and a VIP transporter. The Brazilian Air Force operates two VC-97s, the VIP transport versions, which are in service with the six Esquadrao de Transporte Area and the Grupo de Transporte Especial based in Brasilia.

The aircraft has a circular cross section fuselage, low mounted straight (not swept) wings and a T-tail. The aircraft is of semi-monocoque design with aluminium alloy skin. The wing structure is a single three-spar fail safe design linked to the frames of the lower side of the fuselage. The nosecone, the dorsal fin, and the leading edges of the wing and tailplane are of Kevlar-reinforced glass fibre.

The communications suite includes a dual VHF-22 transmit and receive unit and a TDR-90 transponder, a Fairchild cockpit voice recorder and Avtech interphone and announcement systems. The aircraft is also equipped with a Dorne and Margolin emergency location/transmit unit type DMELT-81. Selective calling and an additional VHF communication set and transponder are available as an
option.

The main cabin is 9.38m long and 2.10m wide. In a three abreast seating configuration, it can accommodate one cabin crew member and 30 passengers. The cabin is conditioned with a Honeywell air conditioning and pressurisation system.

The two integral fuel tanks have a fuel capacity of 3,340l. The fuel system is fitted with a single pressure refuelling point beneath the starboard wing plus a gravity refuelling point in the upper surface of each wing,