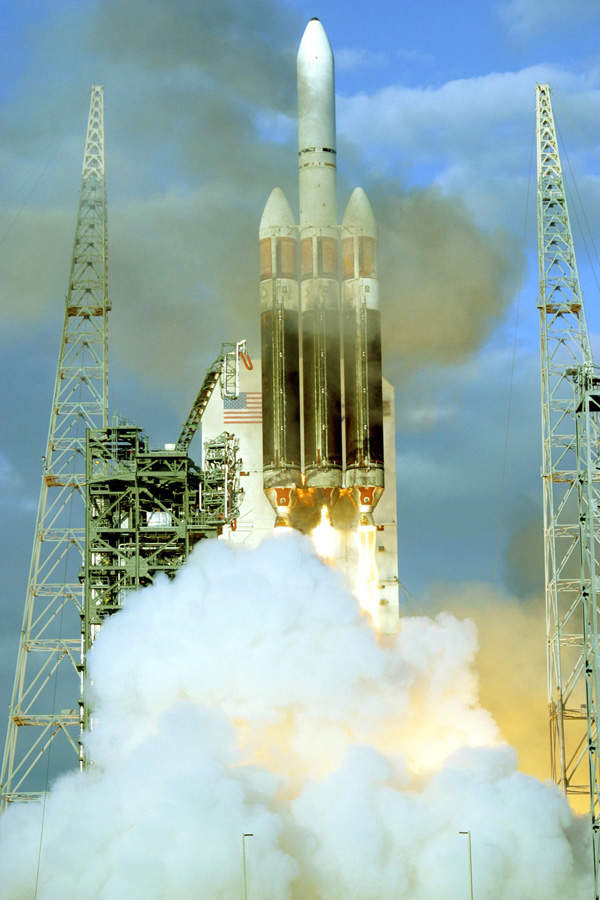 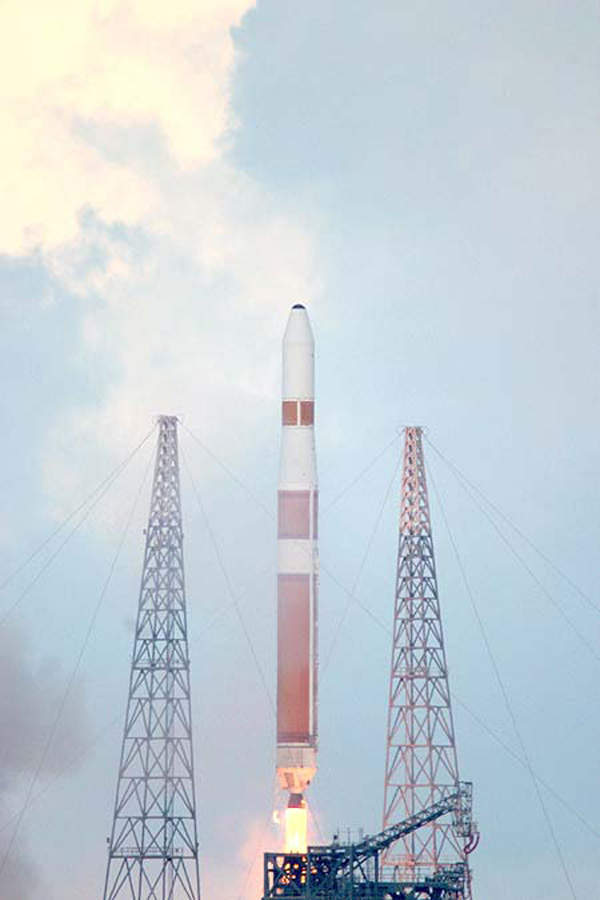 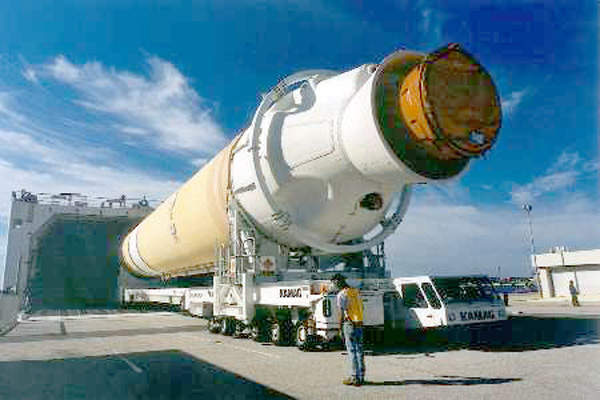 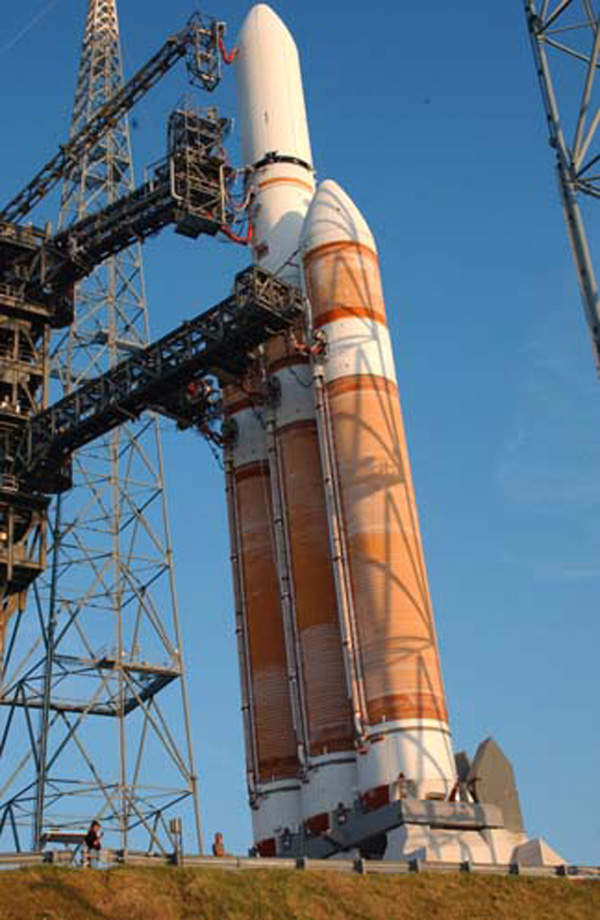 The Delta IV heavy launch vehicle readied for launch at the CCAFS. 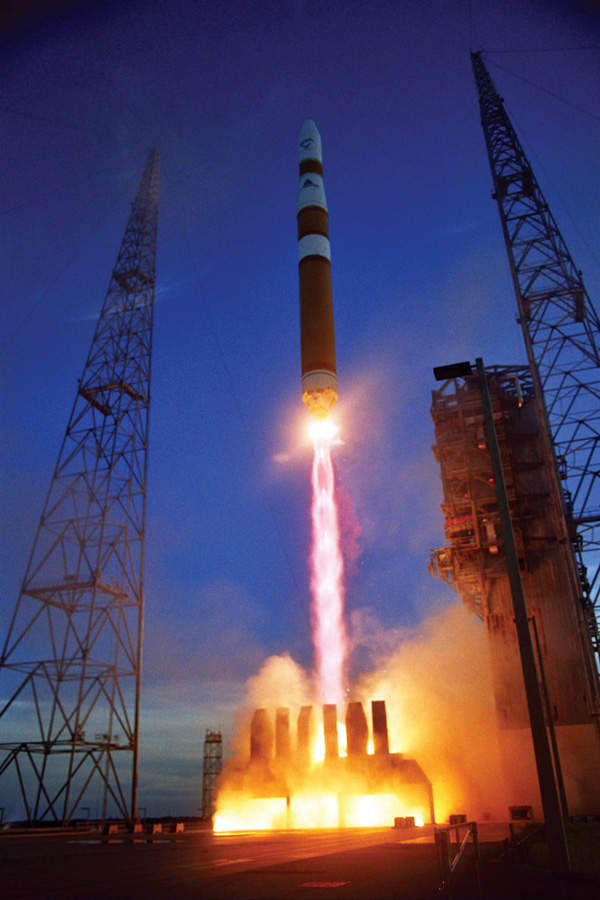 Delta IV is an advanced orbital launch vehicle designed and developed by United Launch Alliance (ULA), a joint venture of Boeing Integrated and Defence System (50%) and Lockheed Martin Space System (50%). The launch system was built for the US Air Force, National Reconnaissance Office and Nasa, as well as other commercial businesses.

The Delta IV can be launched from either Space Launch Complex (SLC-37) of Cape Canaveral Air Force Station (CCAFS) or SLC-6 of Vandenberg Air Force Base (VAFB).

It has launched a total of 19 satellites to date and is planning to launch NROL-15, GPS-IIF-3 and WGS-5 satellites, along with the Orion multipurpose crew vehicle in the future.

Delta IV was developed under the Evolved Expendable Launch Vehicle (EELV) programme to launch US Military and the US Government payloads into space. The programme was introduced by the US Department of Defense during the1990s.

It is intended to accomplish low-cost and reliable space launches by superseding the existing legacy spacelifters, such as Delta II and Atlas II, Titan IV and so on.

"Delta IV was developed under the Evolved Expendable Launch Vehicle (EELV) programme to launch US Military and the US Government payloads into space."

Delta IV Medium is the standard model. It is equipped with a single common booster core, liquid hydrogen and liquid oxygen tanks of four-metre diameter, plus a four-metre payload fairing. It can launch satellites weighing 4,300kg to geostationary transfer orbit (GTO). Its maiden flight took place in March 2003.

Delta IV Medium + (4.2) is similar to the standard model but additionally features two strap-on Graphite-Epoxy Motors (GEM-60) solid rocket motors built by Alliant Tech Systems, in the first stage. It is also known as Delta 9240 rocket and can launch 6,030kg of payload to GTO.

Delta IV Medium + (5.2) is again similar to the 4.2 variant but has a larger diameter (five-metre) payload fairing and liquid hydrogen tank. The diameter of the oxygen tank is however unchanged, at four metres. It is also designated as Delta 9250 and can launch payloads of 5,020kg to GTO.

Delta IV Heavy is similar to the Delta IV standard model but features three common booster core units instead of one. It also boasts a five-metre diameter aluminium fairing derived from the fairing of Titan IV launch vehicle. Its first launch took place in December 2004. It can carry 12,980kg of payload to GTO and 22,560kg to low Earth orbit (LEO).

The Delta IV was designed to suit both military and commercial applications. It is 63m to 72m high and five metres in diameter. It weighs 249,500kg to 733,400kg at launch. It can be controlled by the main propulsion system while manoeuvring in the first stage.

The vehicle is equipped with a payload adapters interface to accommodate the equipment required for satellite separation. It also houses avionics, navigation systems, telemetry and communication systems and an attitude control system.

The high degree of reliability is accomplished by redundant inertial flight control assembly guidance system. The Payload Fairing is mounted on top of the stacked vehicle to protect satellites against aerodynamic, thermal and acoustic environments during atmospheric flight.

Pitch and Yaw control is achieved by gimbaling the engine. The vectoring of the RS-68 turbine exhaust gases accomplishes Roll Control.

The Delta IV launches satellites into orbit in two stages.

"The launch system was built for the US Air Force, National Reconnaissance Office and Nasa, as well as other commercial businesses."

The second stage is also known as Delta Cryogenic Second Stage (DCSS). It is powered by a Pratt & Whitney RL-10B2 engine to provide a maximum thrust of 110kN. The engine burns liquid hydrogen and liquid oxygen fuel to render 462 seconds of specific impulse.

Upon launching the satellite into the targeted orbit, the second stage remains active to make a Deorbit Burn before passivation.