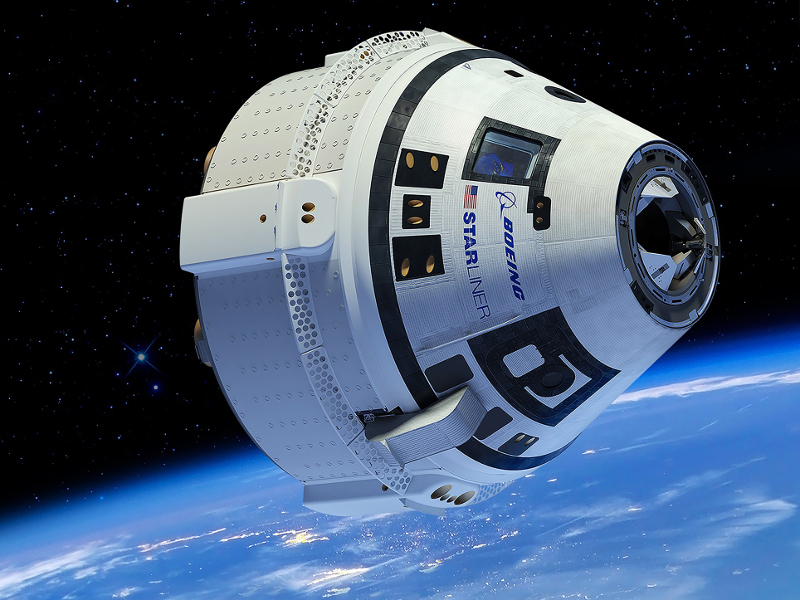 The CST-100 Starliner’s first orbital flight test will be an unmanned test that will take place in March 2019. Credit: Boeing. 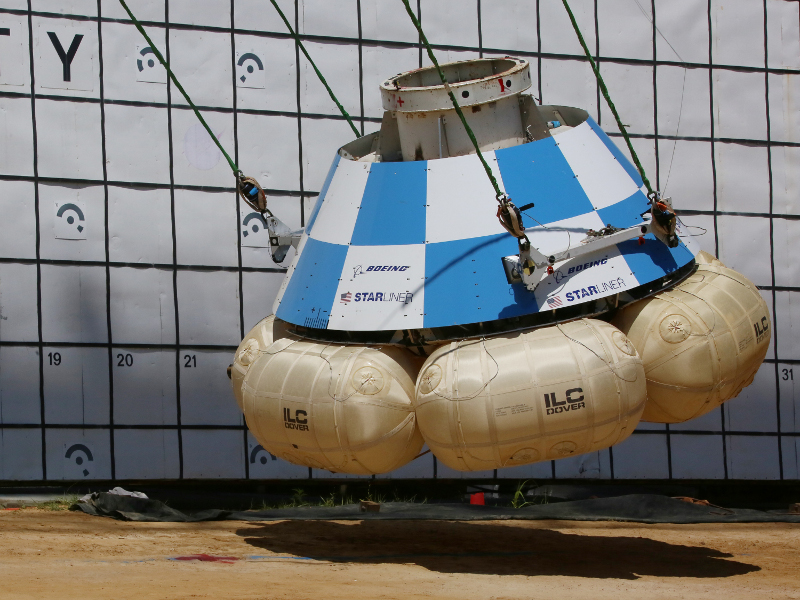 A landing test being carried out on the CST-100 Starliner. Credit: Nasa Langley / David C Bowman. 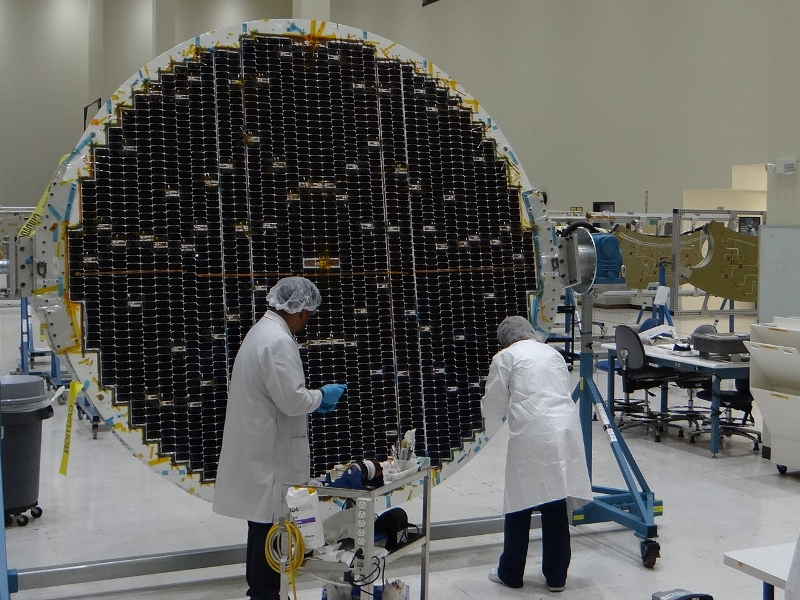 CST-100 Starliner is a next-generation space capsule being developed by Boeing in collaboration with Nasa to transfer crew to and from low-earth orbits (LEOs).

The spacecraft is designed to carry out time-critical scientific research operations as part of Nasa’s commercial crew programme, which aims to cooperate with aerospace companies to accelerate the space-related efforts.

Boeing and SpaceX will separately launch their respective commercial crew transporters as part of the programme.

The CST-100 Starliner’s first orbital flight test, which is an unmanned test, will take place in March 2019, followed by a pad abort emergency simulation analysis. A crewed flight test will be performed by August 2019.

The Boeing’s capsule resembles the Apollo command and service modules, but can accommodate up to seven crew members. The weldless capsule can accommodate any combination of cargo and crew. It integrates OXFAB® 3D-printed structures supplied by Oxford Performance Materials.

The CST-100 Starliner capsule is a completely autonomous system, which will be capable of performing automatic docking at the International Space Station (ISS). Powered by solar energy, the capsule will be provided with backup manual controls. The space capsule will feature wireless internet along with tablet technologies for the crew interface.

“The Crew Space Transportation (CST)-100 capsule will be powered by solar energy, which will be harnessed using more than 3,500 solar cells provided by Spectrolab.”

Boeing designed a dedicated 21st-century spacesuit called the Boeing Blue spacesuit for the Starliner crew during the mission. The spacesuit features a lightweight and soft helmet, communications cap assembly, and locking zips instead of latches.

The spacesuit has mobility joints at shoulders and elbows, dual suite controllers for pressure regulation, waist zipper for comfort, breathable leg pockets for storage, and lightweight footwear developed by David Clark and Reebok.

The spacesuit also integrates tablet and touchscreen-enabled lightweight leather gloves and an airflow diver valve. Its permeable layers allow only water vapour to pass through the suit fabric.

The Crew Space Transportation (CST)-100 capsule will be powered by solar energy, which will be harnessed using more than 3,500 solar cells provided by Spectrolab, a subsidiary of Boeing.

The solar cells fitted on the spacecraft will capture energy from different spectrums of the light using three distinct cell layers to generate approximately 2,900MW (2.9GW) of electricity.

The solar cells will be integrated with micro-meteoroid and debris shield, which is located at the bottom of the service module of the spacecraft. The power produced by the solar cells is capable of supporting the Starliner for six months when docked to the ISS.

CST-100 Starliner will be launched on-board United Launch Alliance (ULA) Atlas V rocket in March 2019. The first launch will be a un-crewed orbital test to ascertain the design strength of the spacecraft.

Atlas V rocket will feature an aeroskirt to attach the aft of the Starliner spacecraft to improve the aerodynamics of the launcher and space configuration. The aeroskirt can be jettisoned in the event of an emergency.

The launch vehicle will be directly attached to the capsule without a payload fairing. The configuration will provide an unconventional type of aerodynamic interaction to the launch vehicle.

Starliner will be fitted with a single propulsion system, which activates during the ascent and de-orbiting of the spacecraft. The spacecraft will feature a push abort system, which can be used during launch and ascent in the event of an emergency.

The capsule will primarily ensure safe and reliable crew transportation. It will be compatible with parachute landings, which will be supported by six airbags to absorb the impact upon landing. The capsule can be reused up to ten times with a turnaround time of six months.