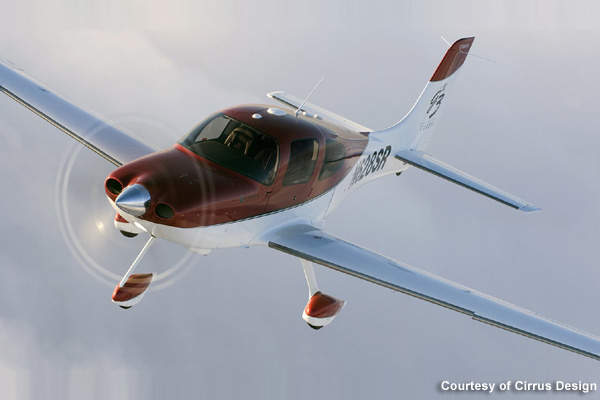 With approximately 700 modifications and system improvements, the SR22 has become the company's best-selling model. 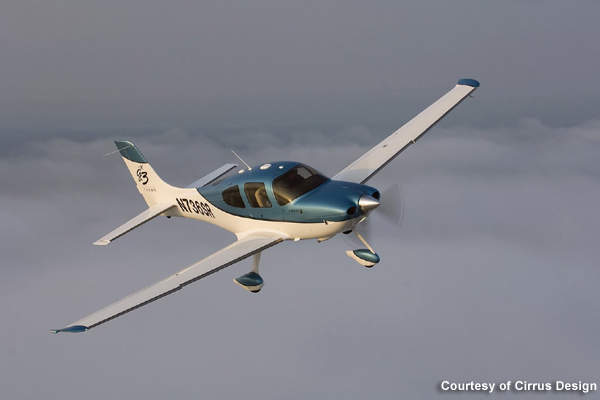 The maximum cruise speed of the SR22 turbo is 219ktas, 34kt higher than the standard SR22 model. 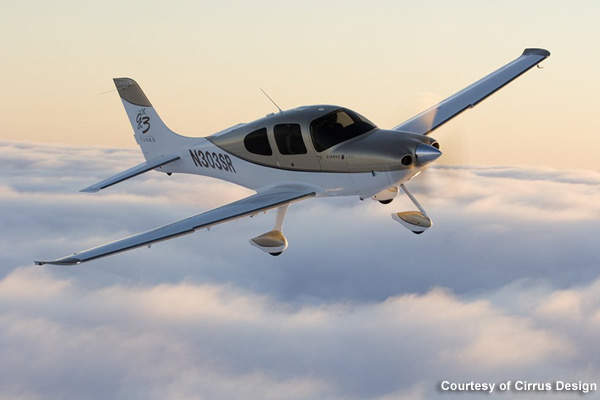 The GTS variant is the most-ordered aircraft in the SR22 line. 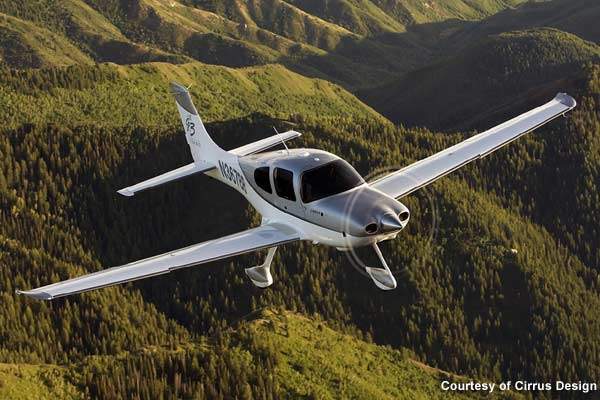 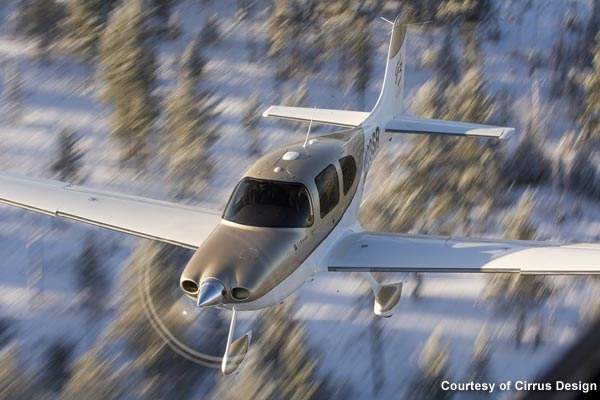 SR22 is powered by a nose-mounted IO-550-N piston engine.

The SR22 by Cirrus Design is a single-engine piston-powered high-performance aircraft. Launched in 2000, the aircraft is an improved and advanced version of the SR20, a general aviation aircraft. The SR22 incorporated with an ice protection system was accredited the Federal Aviation Administration (FAA) certification in April 2009.

The SR22 has become the company’s bestselling model. The aircraft is powered by a single engine, and comes with a parachute designed by BRS and a turbo normalising option.

In July 2007 PlaneSmart, a professional aircraft management company, announced plans to replace its fleet of SR22-G2 aircraft with SR22-G3s. The third-generation SR22-G3 aircraft were delivered to PlaneSmart in September 2007.

The S variant of the SR22 stands for simple or standard. It features 10in screens and the S-tech 55 SR autopilot.

The GS has 12in displays, basic ice protection and a few additional styling touches to the aircraft’s interior and exterior.

“The SR22 by Cirrus Design is a single-engine piston-powered high-performance aircraft.”

The GTS variant is the most-ordered aircraft in the SR22 line. In addition to the features common to the S and GS models, the GTS boasts a dual attitude and heading reference system (AHRS), synthetic and enhanced vision technology, a Garmin GFC 700 autopilot system, protection for known ice, and high-end interior and exterior options.

A new version, the SR22T was introduced by Cirrus Aircraft in June 2010. The aircraft is powered by a Teledyne Continental Motors (TCM) TSIO-55-K engine. Other enhancements to the aircraft include modern environmental control system, lighter nose landing gear and redesigned cowl.

Measuring 7.92m in length, the SR22 is a four-seater aircraft with a cabin width of 124cm and a cabin height of 127cm. The aircraft has nose-wheel landing gear and a single 11.68m cantilever wing constructed of composite materials. At each side, the aircraft is fitted with a door and tilted passenger windows towards the rear. To avoid scratches and chipping, 3M paint protection film has been used to paint the wheel parts, strut fairings and inboard leading edges of the wings.

The aircraft is designed to carry up to 1,542kg gross weight. When empty, the aircraft weighs 1,023kg. The useful load of the SR22 is 519kg, while the capacity for usable fuel is 348l.

SR22 is powered by a nose-mounted IO-550-N piston engine. Manufactured by Continental, the engine provides 310hp. The aircraft has a climb rate of 1,400ft/min, and can fly up to an altitude of 17,500ft.

The aircraft cruises at a maximum speed of 185ktas. The stall speed is 60kt calibrated airspeed (kcas) with flaps. The maximum cruise range provided by the SR22 is 1,170nm at 55% power.

The aircraft’s ground roll after landing is 348m. When landing over 50ft high objects, the ground roll of SR22 increases to 714m.

The aircraft features a ballistic parachute system called the Cirrus airframe parachute system (CAPS), and four-point shoulder harnesses with built-in air bags for the pilot and the co-pilot. CAPS was designed by BRS in association with Cirrus. It is solid fuel rocket motor-deployed, and uses a 17m parachute. The pilot or passengers can deploy the parachute by pulling its overhead handle.

Numerous safety checks make up the Entegra system to ensure a safe flight. The checklist is displayed on a multifunction display (MFD) that changes colour from white to green as the items are checked.

“The SR22 aircraft is an improved and advanced version of the SR20, a general aviation aircraft.”

If any other transponder-equipped aircraft nears an SR22, a traffic information system displays the message on the multifunction display.

Audible alerts also sound when another aircraft is too close.

There is also an enhanced vision system (EVS) that uses an EVS-600 camera to detect and display night vision and visible light on the multifunction displays.

The turbo option of SR22 features a Tornado Alley turbo normalising upgrade kit. The kit includes two turbo normalisers and twin intercoolers. While the dimensions of the turbo version are the same as those of a standard SR22 model, its empty weight and useful load is lesser at 1,052kg and 490kg. Due to the weight of the conversion, the overall useful load of the SR22 is reduced. The useful load is further reduced due to the air conditioning that is available on an SR22 turbo.

The turbo version can operate at an altitude of 25,000ft. The maximum cruise speed of the SR22 turbo is 219ktas, 34kt higher than the standard SR22 model. The turbo option is available on the GTS and GS variants.