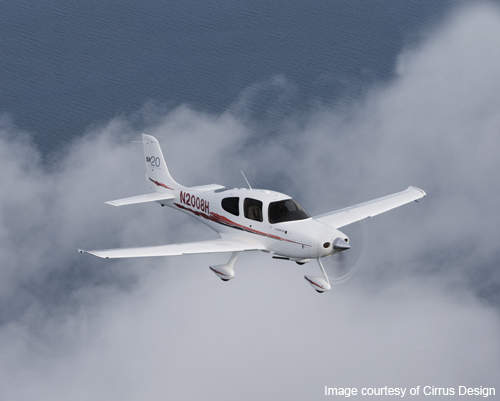 The SR20 is a general aviation aircraft manufactured by Cirrus design. 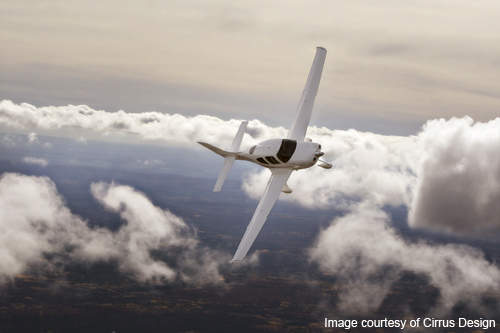 The SR20 is able to fly at high altitudes. 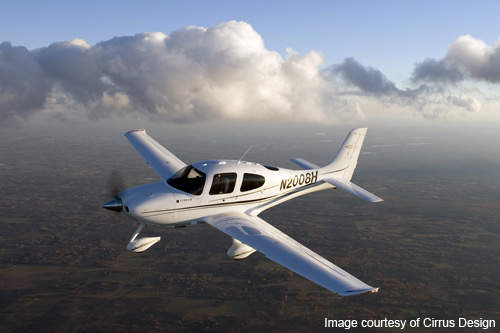 The SR20 aircraft includes a ballistic parachute system and four-point shoulder harnesses with built-in air bags for the pilot and the co-pilot. 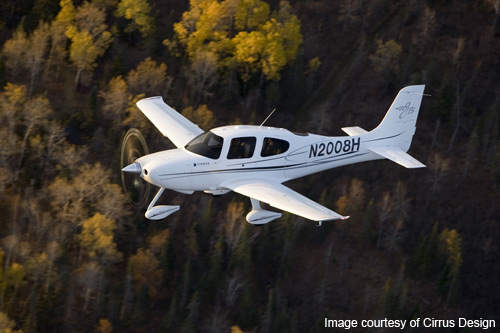 The SR20 has a completely digital avionics suite. 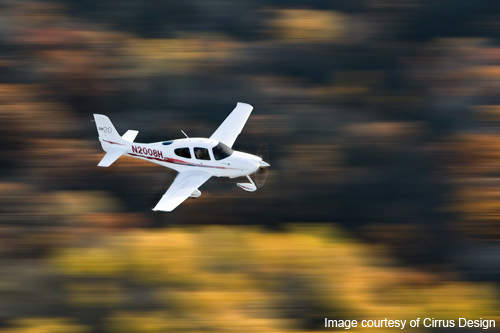 Launched in 1999, the SR20 is a general aviation aircraft manufactured by Cirrus design. The aircraft was certified by the Federal Aviation Administration (FAA) in October 1998.

2,016 SR20 aircraft have entered service. The aircraft became the first of its kind to receive the European Aviation Safety Agency (EASA) certificate in June 2004.

The Cirrus SR20 aircraft is available in three models GTS, GS and S. The SR20 S and SR20 GS come in a single colour exterior, base white. The SR20 GTS comes in three exterior colours – base white, crimson and iridium. The S variant has a total weight of 2,093lb, while the GS and GTS versions weigh 2,144lb and 2,167lb respectively. The strip packages for SR20 S and SR20 GS are “Matador” and “Red Dusk” respectively while the interiors are made of slate fabric for both the variants. For the SR20GTS variant, the strip package is of “Garnet” and the interior is made of slate leather.

The SR20 can be customised to an X edition. Available on the SR20 GS and SR20 GTS models, the X edition features premium exterior and interiors, including customised interiors. In a typical X edition SR20, the instrument panel and centre consoles are coated with carbon fibre and machine-finished aluminium. Cabins are covered in leather with tailor-stitched accents and comfortable seats made up of Alcantara materials.

In January 2006, four new Cirrus SR20 aircraft were delivered to UND Aerospace, which deployed the aircraft for student training.

Easy entry and exit to the cabin are allowed through oversized doors that are fitted on either side of the aircraft along with tilted windows at the rear.

“The Cirrus SR20 aircraft is available in three models GTS, GS and S.”

The aircraft is powered by a Continental IO-360-ES piston engine. Rated at 200hp, the six-cylinder fuel-injected engine with a tuned exhaust system is equipped with a three-blade propeller manufactured by Hartzell.

The aircraft flies at up to 155ktas at 75% power. While still in air, it can cruise approximately 785nm with a 55% power reserve. The aircraft’s stall speed is 56kt calibrated airspeed (KCAS) with flaps.