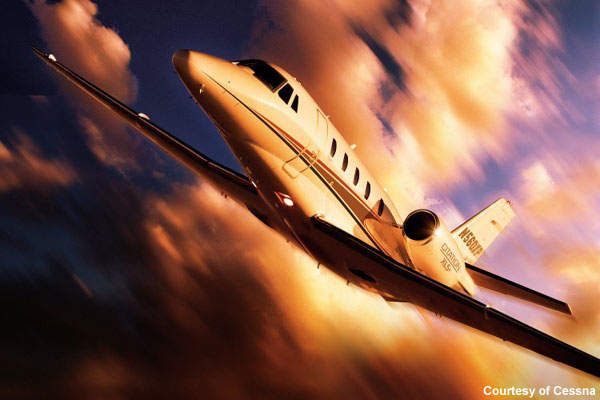 The Citation XLS plus made its maiden flight in 2007. 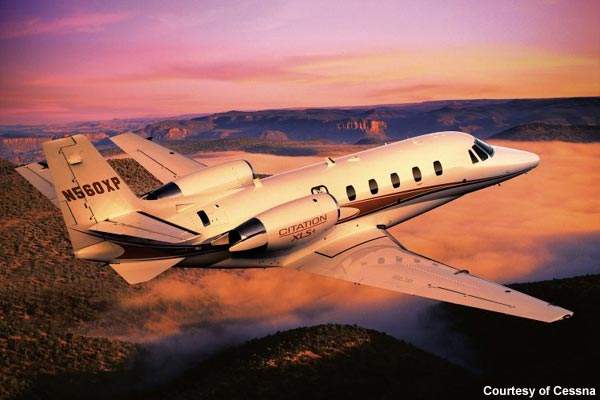 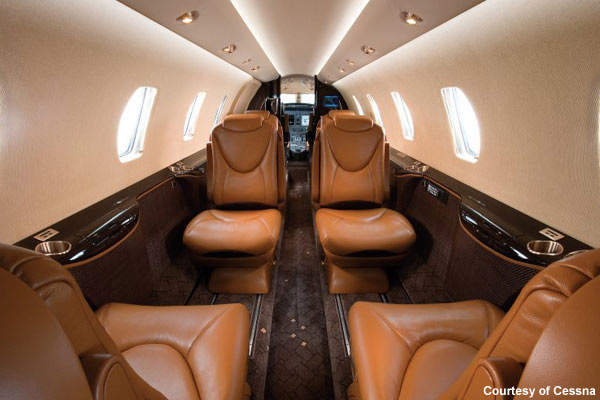 In typical configuration the XLS plus can carry nine passengers and two pilots. 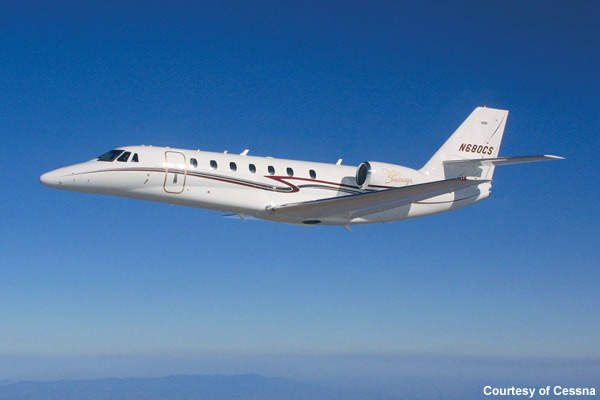 The Cessna Citation Sovereign is a corporate intercontinental aircraft capable of carrying up to 12 passengers and two pilots at speeds of up to 848km/h. 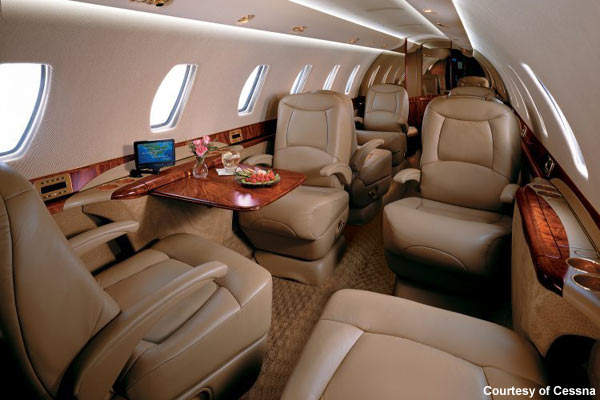 Cessna says that it has delivered 176 Sovereign aircraft by the end of 2007.

The Cessna (a Textron company) Excel also, known as the model 560XL is one of the families of aircraft that formed the basis of the Citation series of business jet aircraft. The Citation XL, which first flew in 1996, merged a combination of features from the Citation X and the Citation V with new Pratt & Whitney engines. The first production Citation Excel was delivered in May 1998 and the first upgraded Citation XLS was delivered in July 2004.

Two years down the line and the XLS was put up for upgrading. In 2006, the Citation XLS plus was announced and it made its maiden flight in 2007. On 30 May 2008, Cessna received Federal Aviation Administration (FAA) certification for the XLS plus; certification from the European Aviation Safety Agency (EASA) was received in March 2009.

In October 2008, Cessna revealed that it already had 225 orders for the XLS plus, 70 of which Cessna says are destined for Europe. In May 2009, two Citation XLS+ business jets were delivered to Lufthansa – the first deliveries of the model to a European customer.

Cessna handed over a Citation XLS plus to Établissement National de la Navigation Aérienne (ENNA) of Algeria in November 2009.

Cessna also says that the Excel / XLS is the world’s best selling business jet model with a worldwide fleet of nearly 680 aircraft logging over 1.5 million flight hours; over 160 XLS have been delivered to Europe says Cessna.

The new XLS plus includes a fully integrated Rockwell Collins Pro Line 21 avionics suite, electronically controlled (FADEC) PW545C engines from Pratt & Whitney Canada and substantial exterior and interior remodelling; the XLS plus is capable of 815km/h and has a range of over 3,441km and says Cessna, climb directly to its service ceiling, 13,716m, in 29 minutes.

In typical configuration the XLS plus can carry nine passengers and two pilots; the aircraft is not certified for single-pilot operation. The cabin is 5.64m long (19ft), with centre-club seating. The height and width dimensions of the XLS plus cabin are same as the Sovereign.

The XLS plus can also operate from comparatively short runways with a take-off at standard sea level conditions from a minimum 1,085m-long runway and land with its typical landing weight on a minimum 823m-long runway.

Other upgrades extend the XM broadcast graphical weather and a file server that provides charts and maps.

The Cessna Citation Sovereign is a corporate intercontinental aircraft capable of carrying up to 12 passengers and two pilots at speeds of up to 848km/h at a service ceiling of up to 14,326m; typically the aircraft is fitted out for nine passengers and for two-pilot operation only.

The Sovereign was first announced by Cessna in October 1998 and a prototype made its first flight in February 2002. The first production Sovereign flew in June 2002 and the aircraft achieved FAA certification in June 2004; EASA certification was achieved in April 2005. Russia’s MAK (Interstate Aviation Committee, Aviation Register) also certified the Sovereign in 2009.

The Sovereign also has a WAAS (wide-area augmentation system) and LPV (localiser performance with vertical guidance) approach capability, which corrects minor GPS signal errors and enables the GPS-based, precision-style LPV within the US.

“The Cessna Citation Sovereign is a corporate intercontinental aircraft capable of carrying up to 12 passengers.”

Since the delivery of the first Sovereign in September 2004, Cessna says that it has delivered 250 Sovereign aircraft up to the end of 2009; November 2006 marked the 100th delivery. Cessna expects to deliver its 300th Citation Sovereign by end of 2010.

At the 2008 Middle East Business Aviation show (MEBA), Dubai, Arab Wings of Jordan placed an order for a Citation Sovereign business jet which were delivered in November 2009.

An auxiliary power unit is incorporated for engine start and to maintain cabin temperature.

The Sovereign is powered by two Pratt & Whitney PW306C engines, generating 25.67kN of thrust each.

“The first production Sovereign flew in June 2002 and the aircraft achieved FAA certification in June 2004.”

The Sovereign is usually configured for nine passengers but is certified for 12 plus two pilots. The baggage compartments for the XLS Plus and Sovereign are 2.5m³ and 3.8m³ respectively.

Modifications in the cockpit include tilting of the bottom portion of panel, replacement of XLS plus toggles with Sovereign-style on-off switches.