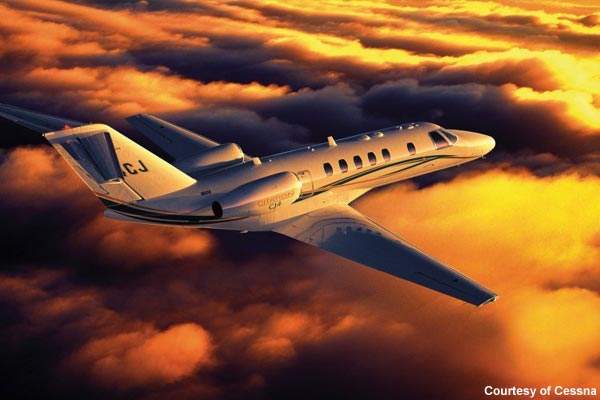 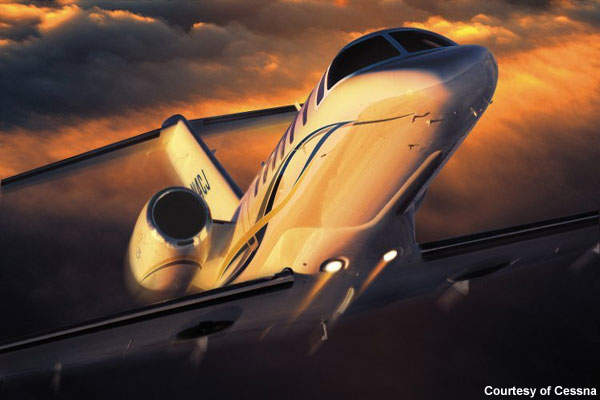 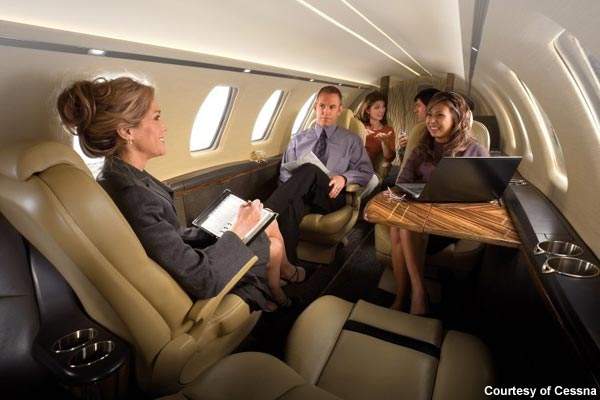 The CJ4 will be certified for up to eight passengers and two crew members. 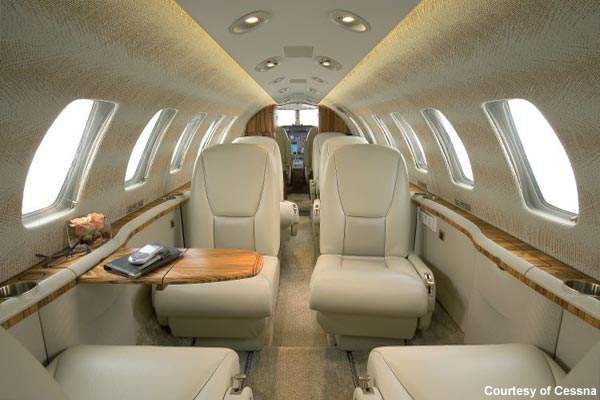 The Encore plus is typically configured for seven passengers and up to two crew members. 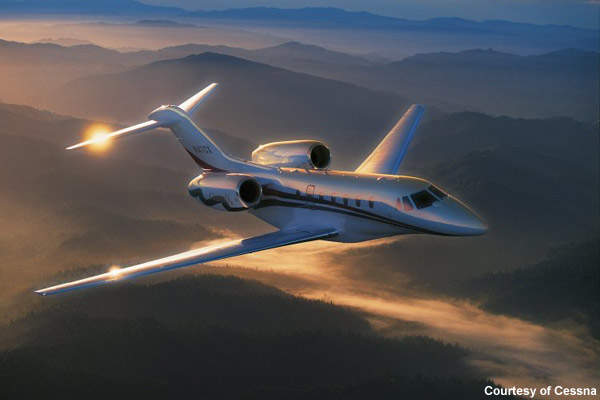 The Encore plus is powered by two Pratt &#38; Whitney PW535B engines, generating 15.12kN of thrust each.

Also known as the model 525C, the Cessna (a Textron company) Citation CJ4 business jet first took flight as a production model on 19 August 2008; the CJ4 prototype flew for the first time just three months earlier on 5 May 2008.

The aircraft features two of the new Williams International FJ44-4A electronically controlled full authority digital engine control (FADEC) engines, which are capable of producing 16.11kN of thrust each; Cessna states that the CJ4 can climb to over 13,000m in under 28 minutes.

The Citation CJ4 has a maximum speed of 806km/h, a full fuel payload of 453kg and maximum payload of 952kg.

The aircraft achieved FAA type certification in March 2010. The first Citation CJ4 featuring GreenTrak flight software was delivered to an undisclosed customer in April 2010. The second delivery was made to a private operator in UK in October 2010.

In May 2011, the aircraft obtained European Aviation Safety Agency (EASA) certification. The first EASA-approved aircraft is expected to be delivered in 2011.

In July 2011, the first Citation CJ4 was delivered for charter operations in Germany.

The CJ4 is certified for up to eight passengers and two crew members. The aircraft also has a Venue cabin management system by Rockwell Collins, looking after electronic entertainment and controlling the cabin’s cooling and heating environment.

A production model CJ4 with fitted cabin made its debut at the National Business Aviation Association (NBAA) trade show in October 2008. The CJ4 is, essentially, a stretch version of the CJ3 and traces its roots back to the series of Cessna Citation 525 models, which were launched in 1989 to replace the Citation and the Citation 1 and now encompass inclusively the Cessna Citation CJ1 through to CJ4.

The model 560 Cessna Citation Encore plus is an upgrade from the Citation Encore and was announced in November 2005 before gaining FAA certification in 2006. During its first production year of 2007, Cessna stated that 27 Encore plus aircraft were delivered. The Encore plus is powered by two Pratt & Whitney PW535B engines, generating 15.12kN of thrust each.

The roots to the Encore plus go back to the late 1980s when the model 560 Citation V was rolled out in 1987. In 1993, the Citation V was replaced, sporting new engines, by the Citation Ultra in 1993. Another upgrade occurred in 1998 when the Citation Encore first appeared again with different engines and an upgrade to fuel capacity; the new Encore plus went into production in 2007 with 23 aircraft delivered by the end of 2007.

The CJ4 is powered by two Williams FJ44-4A turbofan engines, each generating 16.11kN of thrust. The engine is equipped with a full authority digital engine control (FADEC) system that allows for automatedoperations, reducing the workload of pilot.

The Encore plus is powered by two Pratt & Whitney Canada PWC535B turbofan engines, also generating 15.12kN of thrust each. The engines are FADEC compatible and are equipped with a reverse flow combuster, single stage high pressure turbine as well as a dual stage low pressure turbine.

The length and diameter of the engine are 1.64 and 0.73m respectively.

Both the Cessna CJ4 and the Cessna Encore plus are equipped with Rockwell Collins Pro Line 21 avionics, which incorporate flat panel, active matrix LCDs (liquid crystal displays) for the pilot and co-pilot. Both models of aircraft have FADEC and are certified for one-pilot operation.