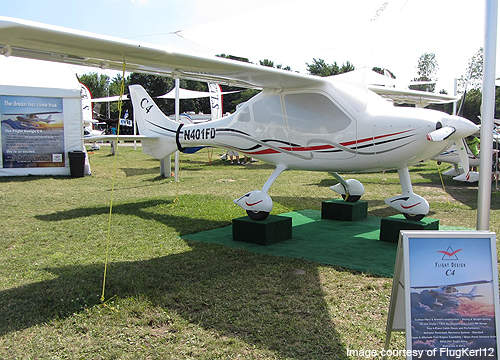 The C4 is a four-seater light sport aircraft (LSA) being designed and manufactured by Garman aircraft manufacturer Flight Design. 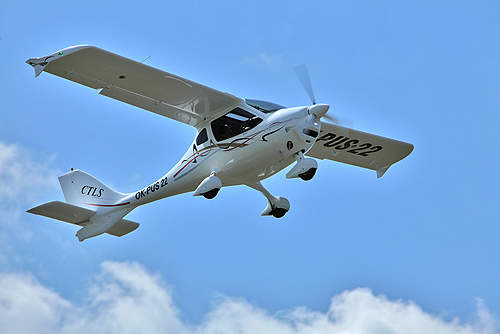 Its design is based on the CTLS aircraft, a light sport aircraft developed by Flight Design. 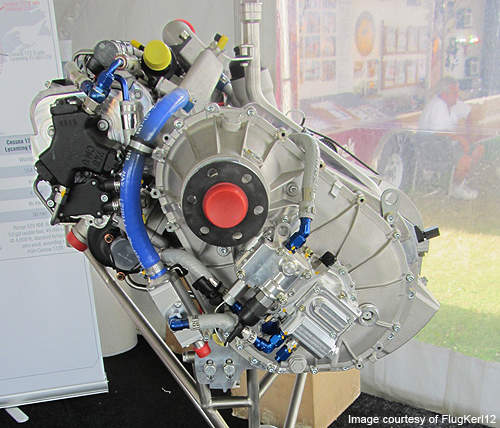 The maiden flight of the C4 is scheduled to take place in 2012.

The C4 is a four-seater light sport aircraft (LSA) being designed and manufactured by Garman aircraft manufacturer Flight Design. The C4 is being built as a low cost alternative for conventional LSAs.

Its design is based on the CTLS aircraft, a light sport aircraft developed by Flight Design. The maiden flight of the C4 is scheduled to take place in 2012.

The Federal Aviation Administration (FAA) and European Aviation Safety Agency (EASA) certifications are expected at the end of 2012. The C4 is planned to enter service in 2013. Flight Design unveiled the development of C4 in February 2011. A complete mock-up of the aircraft was displayed at the Aero Show 2011 held at Friedrichshafen, Germany in April 2011. It will also be showcased at the EAA Air Venture convention to be held in Oshkosh in 2011.

Orders of the C4

Flight Design has received a total of 30 C4 orders during the 2011 Aero Show.

Design and features of the four-seater light sport aircraft

The C4 will be of cantilever low-wing monoplane design principally deployed for sight seeing applications.

The aircraft can operate from short or unprepared airstrips even under adverse climatic conditions.

It will be made up of all composite carbon, aramid and glass sandwich fibre materials to minimise overall weight.

The C4 will boast an all digital glass flight deck integrated with a pressurised cabin.

An emergency parachute system supplied by BRS Aerospace will be provided in the aircraft. Flight Design is also planning to incorporate an icing protection system in the aircraft in future.

The 2.51m wide cabin will accommodate three passengers with sufficient headspace and storage area. Its interiors will be fitted with sponge seats as well as seat cushions for offering luxurious comfort to the occupants.

The cabin will be fitted with two seats in the front and one foldable bench seat in the rear. It will be accessed by two doors, one attached at the front fuselage section for passenger entry and disembarkation.

“Flight Design unveiled the development of C4 in February 2011.”

It is designed and developed by Thielert Aircraft Engines. Kerosene and diesel in any mixture ratio can be used as the fuel. The engine will be 0.79m wide and 0.63m high. Its depth will be 0.8m. The dry weight will be 134kg.

Landing gear of the aircraft

The C4 will be fitted with a fixed tricycle type landing gear comprising a dirigible nose wheel and two wheels below the wings. The landing gear will also house hydraulic disc brakes and landing gear emergency elongation valves.