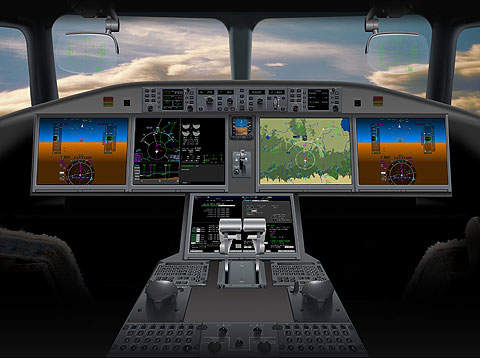 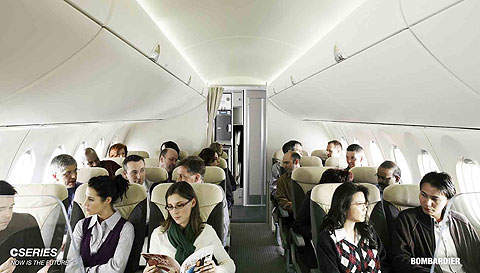 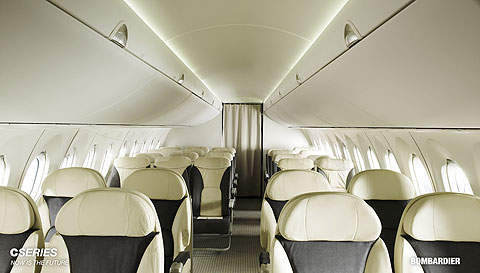 The CS300 jetliner will feature a more spacious and comfortable cabin for the passengers on-board. 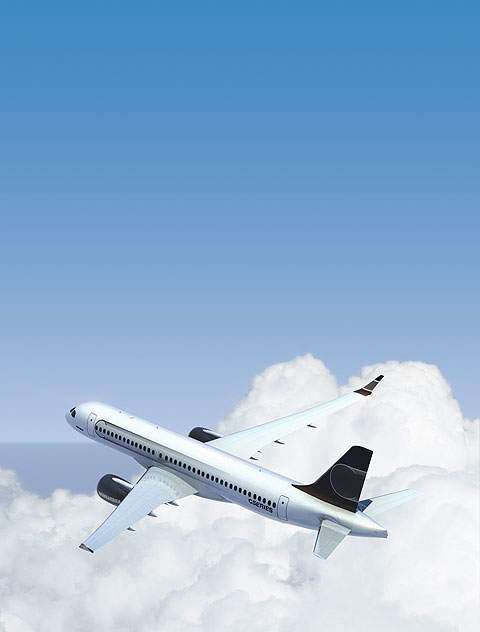 In February 2010, Republic Airways Holdings ordered 40 CS300 jetliners with the option to add another 40 as part of the firm purchase agreement. 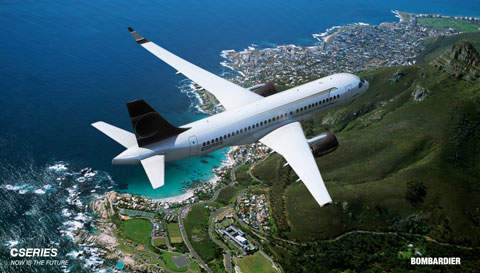 The CS300 will be powered by two Pratt &amp; Whitney PurePower PW1000G engines. 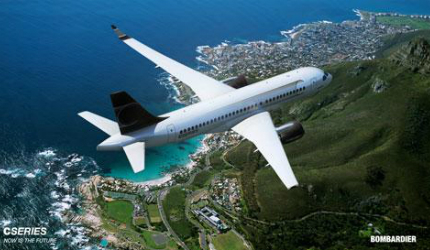 Bombardier CS300 is a wide-bodied, single-aisle, long-range passenger jetliner currently being designed to tailor for current and future airline operations. Developed by Bombardier Group (Canada), the aircraft will offer low fuel consumption, fewer operating costs and an unmatched environmental performance. The CS300 can accommodate 130 to 145 passengers with two flight crew. The aircraft is scheduled to enter into service by September 2014.

Bombardier awarded a $100m contract to GKN Aerospace in February 2010 to supply winglets for the CSeries aircraft. The modern carbon fibre composite materials required for the development of the aircraft’s wing are being supplied by Cytec Engineered Materials, UK, at a cost of $800m.

Goodrich is offering actuation systems, while the low pressure distribution systems are being provided by Senior Aerospace for cabin and cockpit environmental control systems of the aircraft.

The fuselage test barrel was delivered to Bombardier by Shenyang Aircraft Corporation (SAC) in August 2009. The test barrel was used to examine manufacturing and engineering concepts during the detailed design phase.

Electric and flight control systems, lights and antennas are being supplied by Alenia Aeronautica. Fokker Elmo is providing a wiring and interconnection system to conduct the flight test and instrumentation.

"Bombardier awarded a $100m contract to GKN Aerospace in February 2010 to supply winglets for the CSeries aircraft."

In February 2010, Republic Airways Holdings ordered 40 CS300 jetliners with the option to add another 40 as part of the firm purchase agreement. They are the first North American customer to purchase Bombardier CS300 aircraft. The total value of the agreement is $3.06bn and would increase to approximately $6.34bn if all the options are executed.

Lease Corporation International Group will procure 17 CS300 and three CS100 aircraft as per a $1.44bn contract signed in March 2009. The contract also includes the option to acquire another 20 aircraft in future.

Bombardier received a firm order from Braathens Aviation for five CS300 jetliners in June 2011. The contract also includes an option for an additional ten CSeries aircraft.

In July 2011, Korean Air placed a firm order for 10 CS300 aircraft. The contract also includes an option for ten aircraft and purchase rights for another ten.

Atlasjet signed a letter of intent (LOI) in November 2011 to acquire 10 CS300 aircraft with an option for another five.

In July 2012, airBaltic signed a LOI for 10 CS300 aircraft. The transaction also includes purchase rights for 10 more jetliners. An unidentified customer also placed a conditional order for 10 CS300 jetliners during the same period.

Iraqi Airways signed a firm purchase agreement with Bombardier to procure five CS300 mainline aircraft in December 2013. The contract also includes an option for an additional 11 CS300 jets. The total value of the agreement is $387m and would increase to approximately $1.26bn if all the options are exercised.

A single or dual head-up guidance system (HGS) and electronic flight bag (EFB) will also be installed in the flight deck.

The CS300 jetliner will feature a more spacious and comfortable cabin for the passengers on-board. The aircraft’s cabin will be designed with an array of cabin configurations to meet the commercial airline requirements. The cabin is categorised into three divisions – dual class, standard single class, and high-density single class.

"The CS300 jetliner will feature a more spacious and comfortable cabin for the passengers on-board."

The CS300 will be powered by two Pratt & Whitney PurePower PW1000G engines. Each engine can produce a maximum of 93.4kN thrust and features an advanced high-pressure spool, low pressure turbine, combustor, controls and an engine health displaying system.

Advanced drive gear system technology incorporated in the engine reduces the fan speed to less than the low-pressure compressor and turbine. The gear system and modern core together reduce the consumption of fuel by 20%, CO2 by 20% and NOx emissions by 50%. The noise produced by the engine and the operating cost will be reduced in double digits.

Bombardier will procure 80 PW1000G engines from Pratt & Whitney for CSeries aircraft with six spare engines, as part of the sale agreement signed on 25 February 2010. A 15-year maintenance contract for these engines was also signed by Pratt & Whitney with Republic Airways Holdings.