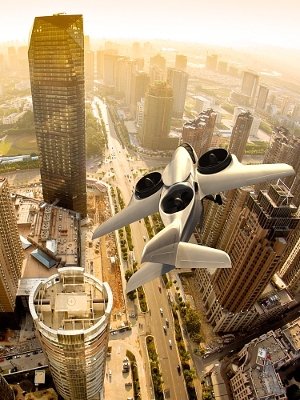 Said to be the first project in aviation history to be approached this way, the crowdfunding campaign is part of a larger capital financing plan that includes venture capital, private equity and high-networth investors.

XTI founder and chairman David Brody said: "We view equity crowdfunding as a creative way to involve everyone as true stakeholders working together to pioneer this all-new way to fly.

"It’s a way to turn all of our supporters into potential stockholders by providing the public a once-in-a-lifetime chance to get in early on something truly revolutionary."

Designed to fly as fast and as high as current business jets, the TriFan 600 has been under development for more than two years, and is said to be the first commercially certified long-range VTOL aircraft.

"We view equity crowdfunding as a creative way to involve everyone as true stakeholders working together to pioneer this all-new way to fly."

The aircraft will have a maximum cruise speed of 400mph with a range between 800 and 1,200 miles.

Pino said: "This team knows exactly what is required to finance, design, certify and launch a programme of this magnitude.

"Our current efforts are focused on raising capital, finalising diligence on our technical solution, and initial discussions with key vendors that will lead to building a prototype."