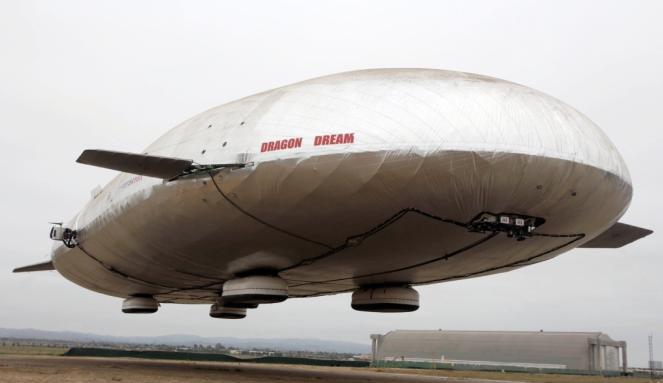 The United States Patent and Trademark Office (USPTO) has granted the US patent number 9,016,622 for the technology.

The technology will enable Aeroscraft to operate as a lighter-than-air vehicle (LTA), as well as allowing it to become heavier-than-air, to accommodate weight changes and support ground operations.

Aeros COSH inventor and CEO Igor Pasternak said: "Large capacity airships have long been a dream for cargo logistics flexibility, but impracticable, because if you off-loaded 100t your helium-filled aircraft will float away if not first loaded with 100t of ballast at your pre-determined destination.

"This patent will permit only Aeros and our partners to leverage the empowerment of true VTOL in global heavy airlift, and the independence from off-board ballast and ground infrastructure this capability provides."

"Large capacity airships have long been a dream for cargo logistics flexibility."

COSH technology is claimed to facilitate implementing airships for various tasks in commercial logistics, military logistics and disaster relief response, among others.

According to Aeros, airships could increase heavy cargo lift capabilities and destination alternatives, while surpassing the speed of cargo ships in global logistics.