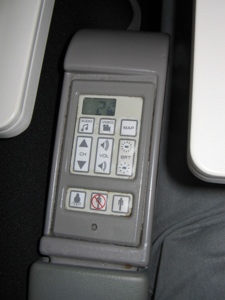 Canada-based low cost airline WestJet is planning to stream films and TV programmes to passengers’ handheld devices such as smartphones and tablets instead of through in-flight entertainment systems.

In order to provide the service called WestJet Connect, the airline will use a wireless network system provided by satellites and remove entertainment systems fitted on the back of seats.

Passengers will be able to watch three live satellite TV channels for free, although they will have to pay $7.99 plus applicable taxes for internet connectivity during each flight.

WestJet will fit power sockets and USB points to each seat for passengers to charge their devices.

The decision was taken on the backdrop of the traveller’s preference of watching films on their smartphones and tablets.

WestJet vice-president Richard Bartrem was quoted by The Times saying: "Today, more than 80% of our guests are boarding with a device.

"The new system will allow us to provide a better, more relevant service to our guests, while continuing to offer low fares."

"The new system will allow us to provide a better, more relevant service to our guests, while continuing to offer low fares."

The airline said it would launch transatlantic flights to six Canadian cities from London’s Gatwick airport next year without in-flight entertainment systems.

The move is expected to reduce weight from each plane and help them to burn less fuel, as well as lower the cost of flying.

Through WestJet Connect, passengers will be able to watch more than 450 films and TV programmes.

In order to have access to the system, passengers need to download WestJet’s app on their smartphone or tablet, which will allow their device to access the airline’s server.

The airline plans to introduce the system on all its Boeing 767ER aircraft and more than 30% of its Boeing next-generation 737 aircraft by the end of this year.