ContinueLearn More X
X
Advertise with us
Rohit 14 May 2015 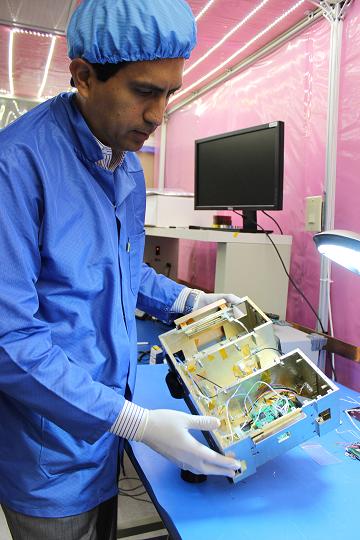 The University of New Mexico (UNM) is working on a new cube-shaped satellite to study the F-region of the ionosphere.

Being developed under the Scintillation Observations and Response of the Ionosphere to Electrodynamics (SORTIE) project, the new satellite is the third CubeSat space mission for the UNM’s configurable space microsystems innovations and applications centre (COSMIAC).

Planned to launch in 2017, the CubeSat features an ion velocity metre and a micro planar langmuir probe, to measure the direction of ionospheric flows and ionospheric densities, respectively.

Other components of the satellite include a command and data-handling unit, a UHF radio, power subsystem and an attitude determination and control system.

According to COSMIAC scientist Alonzo Vera, the ionosphere affects radio signals such as satellite communication and GPS.

"It puts us professionally on the stage for more collaborations with bigger projects with major universities."

SORTIE is the COSMIAC’s second 6U satellite, with its first 6U satellite being built in 2014.

COSMIAC deputy director Craig Kief said: "The SORTIE mission is important to us in many ways.

"It puts us professionally on the stage for more collaborations with bigger projects with major universities."

In 2013, COSMIAC-built Trailblazer was launched in partnership with AFRL and the University of Texas at El Paso.