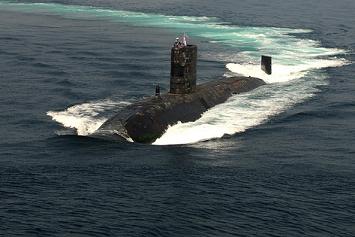 The UK Navy’s Trafalgar-class nuclear submarine HMS Tireless has reached the southern Indian Ocean to assist with searches for the missing Malaysia Airlines flight MH370, which disappeared nearly a month ago.

With its advanced underwater search capability, HMS Tireless will help locate the aircraft’s black box recorder, a crucial piece of evidence in determining what happened to the missing Boeing 777.

The vessel will search an area of around 98,000 square miles off Perth to detect ultrasonic ‘pings’ sent from the black box, which continue to be broadcast for nearly 30 days after an aeroplane’s takeoff.

In addition, Royal Navy survey ship HMS Echo will arrive on 2 April to help with search efforts for the black box’s transponder.

With its advanced environmental assessment capability, HMS Echo will also assist in the search for debris on the sea’s surface, and will help optimise search operations.

"The vessel will search an area of around 98,000 square miles off Perth to detect ultrasonic ‘pings’ sent from the black box."

Last week, an Australian Navy warship, equipped with a US-manufactured black box detector and underwater drone was dispatched from Perth to join the MH370 search.

Meanwhile, the authorities have released a full transcript of communications between MH370 and Kuala Lumpur air traffic control before the aircraft disappeared.

Although the last words received from the aircraft directly contradict the previous reports, there was no indication of anything abnormal in the communication, authorities said.