X
Advertise with us
Bhavana 4 March 2015 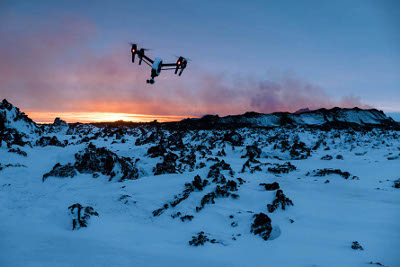 The unmanned aircraft industry needs to come up with new technologies to make Europe a leader in the segment, but regulators need to take necessary measures to control the use of drones, observed a UK sub-committee.

The Civilian Use of Drones in the EU report released by the committee said: "Industry is reluctant to invest in developing the necessary technologies without certainty about how they will be regulated, while regulators are reluctant to develop standards until industry comes forward with technologies for validation."

Committee chairman Baroness O’Cathain said: "The growth in civilian drone use has been astonishing and they are taking to the skies faster than anyone could have predicted. We have a huge opportunity to make Europe a world leader in drone technology.

"But there’s also a risk public understanding of how to use drones safely may not keep pace with people’s appetite to fly them.

"It would just take one disastrous accident to destroy public confidence and set the whole industry back."

"The committee made recommendations in recognition of public concerns over indiscriminate use of drones by amateurs."

The committee made recommendations in recognition of public concerns over indiscriminate use of drones by amateurs.

Safety measures recommended by the committee include a kite mark manufacturing standard for drones, in line with a CE mark, creation of an online database of drone operations starting with commercial operators and eventually expanding to leisure users.

Other recommendations include widening the application of geo-fencing technology, which restricts the entry of drones into high-risk areas such as airports and military installations, and guidance for the police to enforce existing safety rules.

O’Cathain said: "We need to find ways to manage and keep track of drone traffic. That is why a key recommendation is that drone flights must be traceable, effectively through an online database, which the general public could access via an app."

The committee supported the European Commission’s proposal for harmonising safety rules across the EU, and has called for flexibility in national safety rules to ensure the emerging market is not restricted by over-regulation. Safety regulations need to be in proportion to the risk involved.

The European Commission estimates the sector can create 150,000 new jobs across Europe by 2050 with the use of drones in photography, filming and surveying, and also in ‘dull, dirty or dangerous jobs’ such as cargo shipping and search and rescue.

The report observed that Network Rail Infrastructure is piloting the use of RPAS for surveillance of railway infrastructure, as it helps workers undertake such surveys from ‘a position of safety’.