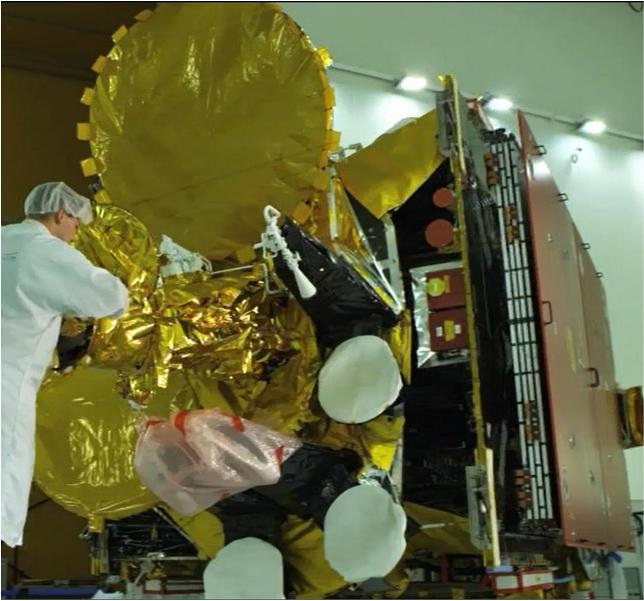 Built by Astrium and Thales Alenia Space (TAS), the Yahsat project comprises of two satellites and a ground segment, which is claimed to be a complete commercial and military satellite communications system.

The spacecraft, which has a power of 14kW and a design life of about 15 years, was incorporated by Astrium on a Eurostar E3000 platform and tested similarly to YIA satellite, while also being responsible for conducting early orbit phase operations.

Following a successful launch, the 6,000kg Y1B satellite will provide communications in Ka-band for both commercial and governmental clients, while offering high-data rate internet services for public and private users in the Middle East, Africa and South West Asian regions.

The final integration of the two satellites will be done by Astrium, which is also responsible for delivery of the satellite into the orbit, while payloads, space segment, including the satellite launch will be supported by Thales Alenia Space.

Astrium Services in collaboration with Thales Alenia Space will provide services for ground segment and a management system that will facilitate remote control of all system hardware.

Astrium Services and Thales Communication and Security will operate the system, offer ground segment maintenance and train Emirati operators over a five-year period.

Launched in March 2011, Y1A has a projected product lifespan of over 15 years and has been designed to deliver a range of Yahsat’s commercial and government satellite service offerings.