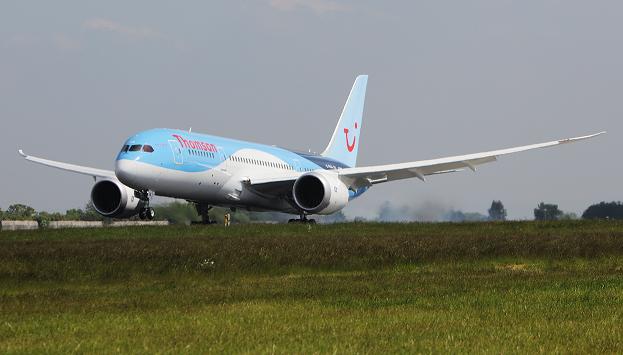 The new 787, which is the first of eight 787s Thomson Airways has on order, completed its delivery flight from Paine Field in Everett, Washington and arrived at Manchester Airport.

The carrier will fly the new aircraft from London Gatwick, Manchester, East Midlands and Glasgow airports, on long-haul routes to Sanford, Florida and Cancun in Mexico, starting from 8 July.

Thomson Airways’ 787 Dreamliner is configured to accommodate 291 passengers with 47 seats in the premium class and 244 seats in economy.

According to Boeing, the 787, which is the first mid-sized aeroplane capable of flying long-range routes, provides airlines with fuel economy and low operating costs enabling to open new, non-stop routes preferred by passengers.

Boeing Commercial Airplanes European sales vice-president Todd Nelp said: "This delivery marks the next chapter in history for both Thomson and the UK aviation industry."

"This delivery marks the next chapter in history for both Thomson and the UK aviation industry."

Meanwhile, TUI Travel has made a commitment to purchase 60 mid-range 737 MAX aeroplanes, with an option to acquire an additional 90 aircraft as part of its fleet renewal programme.

TUI Travel, headquartered in UK, is an international leisure travel agency and has its presence in more than 180 countries worldwide.

The company owns and operates 141 aircraft across its six European airlines including Thomson Airways in the UK, Tuifly, Tuifly Nordic, Arkefly, Jetairfly and Corsair.