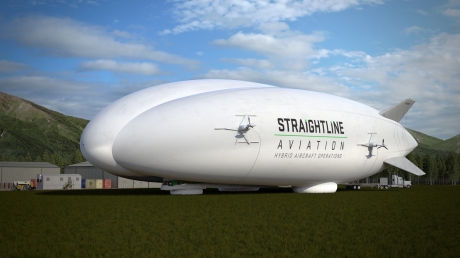 UK-based Straightline Aviation (SLA) has signed a letter of intent to buy up to 12 Lockheed Martin’s Hybrid Airships for approximately $480m.

Specially established to act as an owner-operator of Hybrid Airships, SLA is now working with Hybrid Airship reseller Hybrid Enterprises to finalise the purchase deal.

Featuring a tri-lobe shape and an air cushion landing system, the Hybrid Airship can transport cargo and passengers.

The airship needs little or no fixed ground infrastructure and in comparison with the traditional aircraft, it consumes less fuel, making it an environmentally friendly solution to remote cargo delivery.

Lockheed Martin has developed the Hybrid Airship’s technology over a period of more than 20 years and around eight years ago, the company built and flew the technology demonstrator, called P-791.

"The clear-cut economic and environmental advantages of these Hybrids are attracting vast amounts of attention from a wide range of potential end users."

SLA co-founder and chief executive officer Mike Kendrick said: "The clear-cut economic and environmental advantages of these Hybrids are attracting vast amounts of attention from a wide range of potential end users."

Services under the new deal will be conducted at LMCES’ facility in Montreal, Canada, with initial delivery orders starting in the first quarter of this year and continuing through 2023.