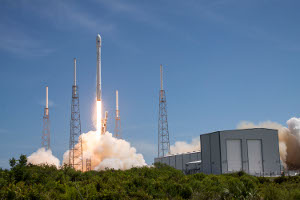 Space Exploration Technologies (SpaceX) has confirmed its plans to build a new commercial vertical rocket launch facility at Boca Chica Beach in the outskirts of Brownsville, Texas, US.

The company plans to invest $80m-$100m over a ten year period in the project, which involves three separate components: the rocket launch site, a control command centre and a ground tracking station, with the original launch operation located on a five-acre footprint within the 50-acre site.

Brownsville Mayor Tony Martinez said: "What a historical moment for the greater Brownsville region and the State of Texas. It’s the culmination of a dream and a vision, which began more than three years ago.

"The SpaceX launch site will go a long way to help fill the gap between business, higher education and entrepreneurship."

"We will ensure that SpaceX has everything it needs in order to be successful in the Greater Brownsville Borderplex."

Further, SpaceX will receive $2.3m from the Texas Enterprise Fund, as well as $13m from the state’s Spaceport Trust Fund to the Cameron County Spaceport Development for infrastructure development.

Brownsville economic development council president & CEO Jason Hilts said: "The SpaceX launch site will go a long way to help fill the gap between business, higher education and entrepreneurship, which Brownsville needs to strategically and organically grow local talent, which in turn leads to innovation and wealth in the region."

From the new vertical launch facility in Boca Chica, SpaceX plans to ferry its Falcon 9 and Falcon Heavy rockets, which are currently under development.