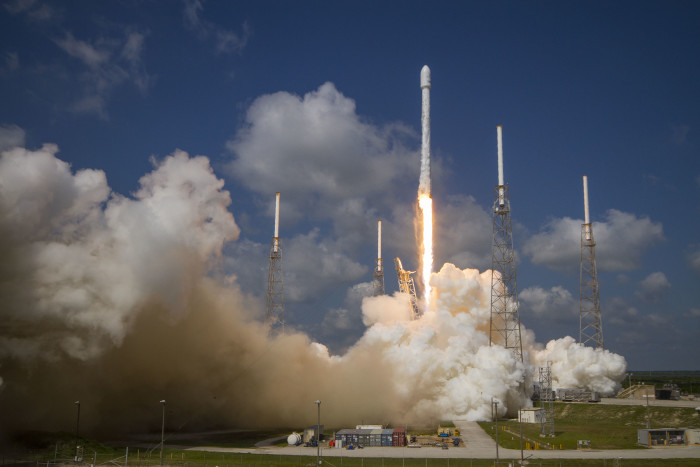 Launched aboard a Falcon 9 rocket, Eutelsat 117 West B and ABS-2A will be respectively controlled by satellites operator Eutelsat Communications and ABS.

Eutelsat 117 West B was placed in a supersynchronous orbit 30min after lift-off, and the first telemetry from the satellite has been confirmed.

The orbit-raising of Eutelsat 117 West B satellite will start on 18 June and last for around seven months.

Then the satellite will go through in-orbit tests before entering into commercial service at 117° West in the first quarter of next year.

Eutelsat 117 West B is equipped with 48 Ku-band transponders and will provide coverage of Mexico, Central America and the Caribbean, South America and the Southern Cone.

The satellite will also improve video capacities at 117° West and deliver major services to telecom operators and government service providers in Latin America.

EUTELSAT 117 West B also carried a Wide Area Augmentation System (WAAS) payload for Raytheon to enable the US Federal Aviation Administration (FAA) to enhance GPS signal accuracy from 10m to between 1m and 2m, improving aviation safety for users in Canada, Mexico, Puerto Rico and the continental US, including Alaska.

"To be co-located with ABS-2, ABS-2A will provide improved broadcast and data services from 75° East."

The newly launched ABS-2A satellite is the second of the pair of the new all-electric propulsion satellites, built by Boeing Satellite Systems International.

To be co-located with ABS-2, ABS-2A will provide improved broadcast and data services from 75° East.

During the launch, SpaceX attempted to bring its launch vehicle back to Earth, but the rocket was lost before it could made a landing on a drone barge in the middle of the Atlantic Ocean, reported CNN.