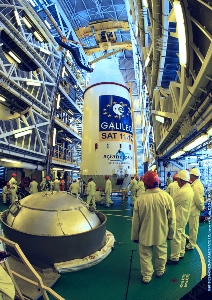 The rocket is scheduled to be launched on 17 December from French Guiana.

The upper composite includes two Galileo satellites and their protective payload fairing, as well as the Fregat upper stage. Integration was carried out at Europe’s Spaceport’s ELS launch complex.

With the launch, Europe expects to provide its navigation services by next year.

Arianespace CEO Stephane Israel was quoted by AFP saying: "The programme is truly on track, moving forward, keeping its promises."

"The rocket is scheduled to be launched on 17 December from French Guiana."

In September, a Soyuz rocket lifted off the Galileo 9 and 10 satellites, as part of the Galileo constellation from Europe’s Spaceport in French Guiana.

A pair of full operational capability (FOC) spacecraft will be deployed over a three hour flight to the Galileo global navigation satellite system.

The navigation system will be under civilian control and is designed to deliver high-quality positioning, navigation and timing services.

The European Commission is responsible for the full operational capability phase of the navigation system.

ESA designed and procured components for the European Commission funded mission. The Galileo satellites were built by OHB System and the navigation payloads were supplied by Surrey Satellite Technology.