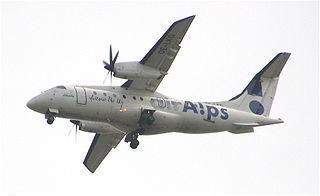 The Turkish Government has partnered with Sierra Nevada (SNC) to produce the country’s first regional jet.

As part of its regional aircraft project, the Turkish Ministry of Transport, Maritime Affairs and Communications has signed a memorandum of understanding (MoU) with SNC.

The project will initially focus on a modernised version of the D328 aircraft, which will be Turkey’s first domestically built passenger aircraft.

In addition to production of the 328 series, the design of a new high-tech 628 aircraft series will be carried out.

The aircraft will be available in TRJ328 jet and turboprop versions, with accommodation for 32 passengers to offer a new option for business and leisure travel within Turkey.

The TRJ628 jet and TR628 turboprop aircraft will be designed with a seating capacity up to double that of the TRJ328.

"The project will initially focus on a modernised version of the D328 aircraft, which will be Turkey’s first domestically built passenger aircraft."

Other Turkish companies such as Turkish Aerospace Industries (TAI) Aselsan, TEI, Havelsan, Alp Aviation, Kale Aviation and Turkish Cabin Interior, will support the project, while STM will be the prime contractor.

SNC president Eren Ozmen said: "This project is a natural progression for SNC and our subsidiaries as we continue to capitalise on our decades of extensive experience in aircraft design modifications and our innovative, agile ability to create value for our customers.

"We also possess a unique capability to expedite obtaining the required certifications for numerous markets based on the D328’s proven technology and our aviation certification expertise."

The company expects to secure licensed production of the new aircraft for the US and other international markets.