ContinueLearn More X
X
Advertise with us
admin 5 May 2014 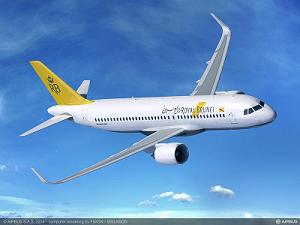 Royal Brunei Airlines has placed a firm order for seven Airbus A320neo aircraft, with options for three additional jets, as part of the latest phase of its fleet modernisation programme.

Powered by Pratt & Whitney PW1100G-JM engines, the aircraft will feature a two class premium layout, and will be operated on the Brunei flag carrier’s regional network connecting Bandar Seri Begawan with destinations across Asia.

Royal Brunei Airlines deputy chairman Dermot Mannion said that the airline has successfully operated the A320 family of aircraft since 2003, and is confident this latest Neo version will bring even greater levels of efficiency, with 15% less fuel use and a significantly reduced impact on the environment.

Airbus’s A320neo is the latest version of the A320 Family, the single aisle product line with over 10,200 orders to date.

The A320neo comprises new engines and Sharklet wing-tip devices. Up to the end of March, Airbus received firm orders for more than 2,700 aircraft from 50 customers worldwide.

Airbus Customers chief operating officer John Leahy said: "The order once again underscores the leading position of the A320neo in the single aisle market. We look forward to seeing the eco-efficient Neo fly in the colours of Royal Brunei Airlines."