X
Advertise with us
Mrinmoyee 29 October 2015 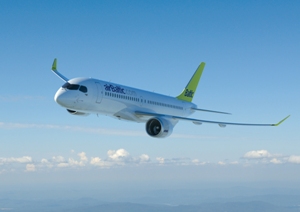 The Québec government in Canada has signed a MoU with Bombardier to invest $1bn in the company’s C Series aircraft programme, days after talks ended with Airbus.

Bombardier will own 50.5% of the newly created limited partnership, which will operate as a subsidiary of the company.

The investment has been approved by the government’s cabinet but it remains conditional upon the receipt of required regulatory approvals and other customary conditions of completion of definitive agreements.

"We are ready to make this aircraft a commercial success."

The company expects to use the entire investment for the development of the C Series programme.

Bombardier president and CEO Alain Bellemare said:"This partnership comes at a pivotal time, with the C Series on the verge of certification. The market is there, our leadership is in place, we have the best product and with the support of the government, we are ready to make this aircraft a commercial success.

"After just a few months, we have strengthened the management team, we have conducted in-depth reviews of our business and have a much clearer picture of what we need to do. We are taking the right actions and we have solidified our liquidity position, giving us the confidence to execute our long-term strategic plan."

Bombardier was facing a tough time with the funding of its C Series programme. It had talks with Airbus but they ended earlier this month.

The C Series aircraft claims to be the only 100% newly designed aircraft.

The C series programme also had an effect on Bombardier’s financial position, with the company making a loss of $4.9bn due to impairment charges on C Series and Learjet 85 programme in the third quarter.

Image: The government of Québec signed a MoU with Bombardier to invest $1bn in the manufacturer’s C Series aircraft. Photo courtesy of Bombardier.