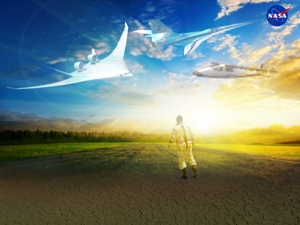 US President Barack Obama has proposed a $19bn budget for Nasa in the 2017 fiscal year, a cut of $300m from the agency’s last budget.

According to Nasa, out of the total estimate, $5.6bn is allocated for science, $8.4bn for human exploration operations such as Mars, while $827m has been earmarked for space technology.

A sum of $790m has also been earmarked for aeronautics research, $100m for education and $3.26m for safety, security and mission services, as well as construction and environmental compliance and restoration purposes.

The proposed budget also has an amount of $5.1bn for space operations, which includes $1.4bn to maintain the International Space Station (ISS) and $1.2bn for the commercial crew programme that will replace the space shuttle.

Science, Space and Technology Committee chairman Lamar Smith said: "This administration cannot continue to tout plans to send astronauts to Mars, while strangling the programmes that will take us there.

"This administration cannot continue to tout plans to send astronauts to Mars, while strangling the programmes that will take us there."

"This imbalanced proposal continues to tie our astronauts feet to the ground and makes a Mars mission all but impossible.

"This is not the proposal of an administration that is serious about maintaining America’s leadership in space."

"This proposed budget falls well short of the investment needed to support Nasa’s exploration missions, and would have detrimental impacts on cornerstone, game-changing programmes such as the super-heavy lift rocket, the Space Launch System (SLS), and the Orion spacecraft, the first spacecraft designed to reach multiple destinations in the human exploration of deep space."