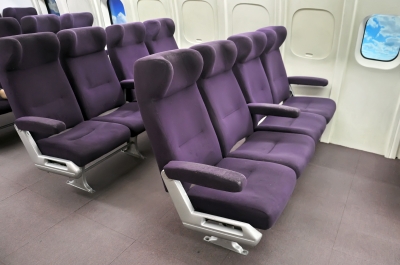 Developed by the company’s aerospace business, the new coating is said to reduce external aircraft skin temperatures up to 25°F, allowing interior cabin temperatures to remain cooler by 5°F to 7°F.

The eggplant-like coating system is built on novel pigment dispersions that increase transmittance of near-infrared energy through a dark coating and increase the reflection from a white under layer, the company said.

"Our paint technology means airlines no longer have to avoid dark colours."

PPG aerospace coatings global director Mark Cancilla said: "Airlines often avoid dark colours for aircraft liveries because they can absorb as much as 90% of solar energy, which in turn heats the interior while a plane is on the ground.

"Our innovative paint technology means airlines no longer have to avoid dark colours.

"In fact, the darker the colour, the greater the difference there is in total solar reflectance."

PPG said that the solar-heat-management coating technology is being tested by airlines and aircraft manufacturers worldwide.