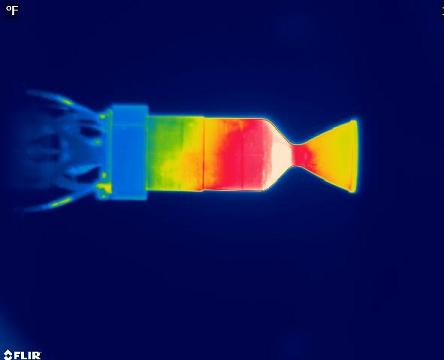 As part of the trial, the propulsion system used a low-toxicity rocket fuel called LMP-103S, provided by Sweden-based ECAPS.

Green rocket fuels are said to be more cost-effective with respect to storage, material handling, transportation and launch-site processing.

Conducted at Nasa’s Marshall Space Flight Center in Huntsville, Alabama, the test is part of a series of trials intended to evaluate green rocket propellant technologies with the potential to replace hydrazine.

The trial included 5N and 22N thrusters, which performed as expected across all test parameters, Orbital ATK said.

These kind of thrusters are usually used for manoeuvring satellites while in Earth orbit.

"These successful tests move us another step toward providing safer, higher performance thrusters without the need for expensive and time-consuming protective processes and equipment."

"Nasa and the aerospace industry have taken positive steps to demonstrate use of a propellant that will reduce satellite fueling hazards and save time and money."

This propellant will be evaluated on a small satellite on Nasa’s Green Propellant Infusion Mission (GPIM).

During the flight, the small-sat will fire thrusters to change the satellite’s altitude and orientation.

Nasa technology demonstration missions at Marshall GPIM mission manager Tim Smith said: "With GPIM’s flight scheduled to launch next year, Nasa and the aerospace industry have taken positive steps to demonstrate use of a propellant that will reduce satellite fueling hazards and save time and money during launch campaigns."

ECAPS focuses on green propulsion-based products for space applications, and has patents worldwide for a family of ammonium dinitramide (ADN) based propellants, catalyst, thruster design and manufacturing methods.