X
Advertise with us
Mrinmoyee 25 October 2015 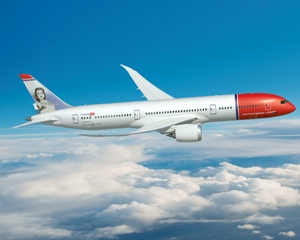 Norway-based Norwegian Air has placed an ordered of 19 787-9 Dreamliners with Boeing valued at $5bn in the list price.

Boeing said this is the largest single order for 787-9s from a European airline.

The order includes the option to buy ten more 787-9s as part of its plan to expand its existing long-haul fleet over the next decade.

Norwegian Air CEO Bjørn Kjos said: "This order of 19 new Dreamliners is a major milestone and enables Norwegian to offer a wide range of new routes to consumers worldwide.

"The order is also essential to further strengthening the company in the global competition.

"This order of 19 new Dreamliners is a major milestone and enables Norwegian to offer a wide range of new routes to consumers worldwide."

"After two years of operating low-cost long-haul flights, our load factors have averaged in the nineties, which proves the demand for affordable flights between Europe and the US and Europe and Asia.

"Future growth and competiveness in the long-haul market depends on the fuel-efficient, state-of-the art 787 Dreamliner. Not least, the Dreamliner offers the best passenger experience."

With the latest order, the airline will expand its 787 fleet to nearly 40 airplanes in future.

"The addition of 787-9s to the Norwegian fleet will enable it to grow its route structure, while providing more range and capacity with outstanding passenger comfort."

The 787-9 has the capacity to fly up to 20% more passengers and 23% more cargo. It also claimed to reduce fuel use and emission by 20%. The aircraft has other advantages such as large windows and overhead bins, as well as modern LED lighting.

Norwegian offers services to more than 130 destinations across Europe, North Africa, the Middle East, the US and Southeast Asia.

Image: Norwegian Air has placed an ordered of 19 787-9 Dreamliners with Boeing. Photo: courtesy of Boeing.