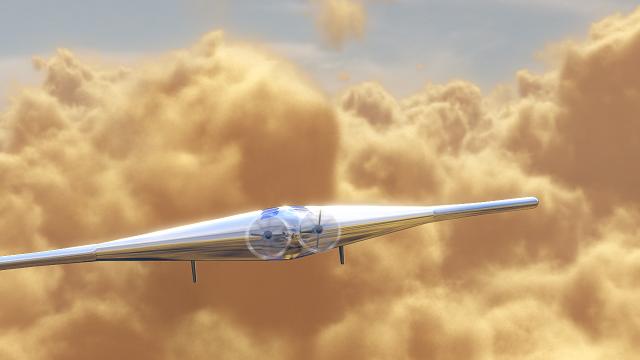 Northrop Grumman is developing a lighter-than-air vehicle to explore Venus’ environment and determine the origins of life on Earth.

Named Venus Atmospheric Maneuverable Platform (VAMP), the semi-buoyant platform will travel at altitudes of up to 68km over the planet’s clouds to gather scientific data.

VAMP will be deployed on orbit and float into Venus’s atmosphere using solar-powered propellers, where it will operate for more than a year. The vehicle has a wing span of 55m.

Northrop Grumman has formed a scientific advisory board to assist the company during development of the VAMP vehicle.

"VAMP will be deployed on orbit and float into Venus’s atmosphere using solar-powered propellers."

Comprising American and European planetary scientists, the board will help Northrop Grumman to identify goals, measurement requirements and possible instruments for VAMP missions.

The analysis group will collate existing data about Venus to support the VAMP mission.

Northrop Grumman aerospace systems VAMP project scientist Ronald Polidan said: "The board is a community-based, interdisciplinary science forum that the VAMP development team may interact with, ask questions of and request analyses to help resolve design and performance issues during these early stages of the mission’s development.

"They will be incredibly helpful in designing the vehicle for maximum science data collection."

The company intends to complete its VAMP project this year, with plans to secure $1bn funding from Nasa’s New Frontiers programme.