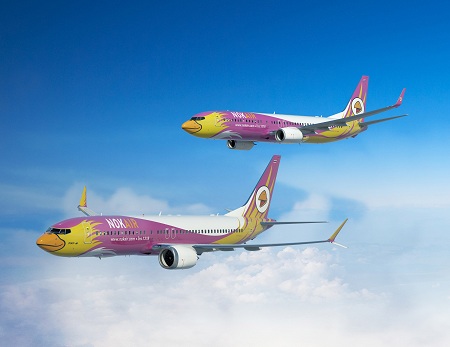 Nok Air has finalised the $1.45bn order with Boeing for eight Next-Generation 737-800 and seven 737 MAX 8 aircraft, marking the budget carriers’ most extensive fleet renewal to date.

The order will make Nok Air the first Thai airline to operate the 737 MAX when launched by Boeing in 2017.

Nok Air CEO Patee Sarasin said that the 737 has contributed to company growth over the past ten years.

"This order is a key part of our disciplined fleet strategy."

"This order is a key part of our disciplined fleet strategy," Sarasin said.

Boeing Commercial Airplanes global sales and marketing senior vice-president John Wojick said: "The efficiency, reliability and cabin amenities of the 737 combined with Nok Air’s innovative products and services will enable the airline to continue to provide its customers high-quality service at a low cost."

With 2,017 orders from 40 customers for the 737 MAX, Boeing claims that airlines operating this aircraft would see an 8% operating cost per seat advantage.