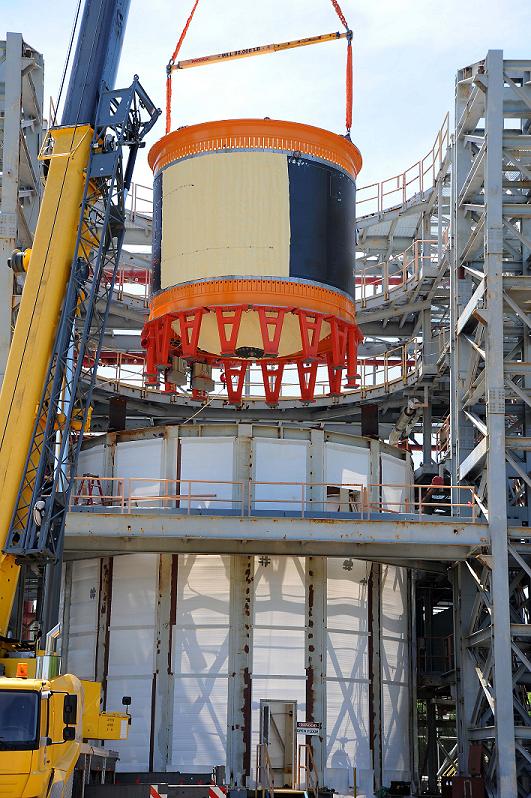 Engineers at Nasa have successfully completed a series of tests on first-of-its kind composite cryogenic fuel tanks, marking a step ahead in lightweight composites that could reduce the weight of rocket tanks by 30% and cut costs by at least 25%.

Tests on the 18ft diameter tank were carried out inside a structural test stand at Nasa’s Marshall Space Flight Center in Huntsville, Alabama, US.

During the tests, structural loads were added to the tank to simulate the stresses it would experience during a flight.

The tank was found to maintain fuels at extremely low temperatures, while operating at various pressures.

It was filled with around 30,000gal of liquid hydrogen chilled to, 423°F, and the pressure was cycled between 20lb to 53lb per square inch.

Nasa Space Technology associate administrator Michael Gazarik said: "This is the type of technology that can improve competitiveness for the entire US launch industry, not to mention other industries that want to replace heavy metal components with lightweight composites."

Nasa Composite Cryogenic Technology Demonstration project manager John Vickers said: "This is the culmination of a three-year effort to design and build a large high-performance tank with new materials and new processes and to test it under extreme conditions."

Built by Boeing near Seattle, the rocket fuel tank reached Nasa’s Alabama centre on 26 March aboard its Super Guppy aircraft.

Boeing cryotank project programme manager Dan Rivera said: "Never before has a tank of this size been proven to sustain the thermal environment of liquid hydrogen at these pressures.

"We are looking at composite fuel tanks for many aerospace applications."

Cryogenic fuel tank project is part of Nasa’s Space Technology Mission Directorate, which is designed to develop, test and fly hardware for use in future missions.

Image: The tank was lowered into a structural test stand where it was tested with cryogenic hydrogen and structural loads were applied to simulate launch stresses. Photo: courtesy of Nasa/David Olive.