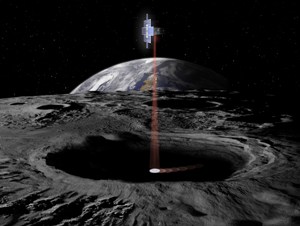 Nasa is planning to send a group of 13 cubesats or tiny satellites during the first flight of the agency’s under development space launch system (SLS).

The cubesats will be co-passengers of an un-crewed Orion spacecraft to be launched in 2018.

The first flight will carry the tiny satellites as secondary payloads, which will include science and technology instruments to help the agency in its deep space missions, including its planned mission to Mars.

With the EM-1, the tiny satellites will be given an opportunity to reach deep space destinations unlike their low-Earth orbit destinations.

Powered by twin boosters and four RS-25 engines, the first configuration of SLS, to be flown on EM-1, is called Block I, which has a minimum 70t lift capacity.

"The SLS is providing an incredible opportunity to conduct science missions and test key technologies beyond low-Earth orbit."

"This rocket has the unprecedented power to send Orion to deep space plus room to carry 13 small satellites, payloads that will advance our knowledge about deep space with minimal cost."

Nasa selected two companies to build two different cubesats to perform a lunar flyby of the moon and search for water ice and other resources at a low orbit of 62m above the moon surface, respectively.

The agency’s Human Exploration and Operations Mission Directorate selected three payloads to perform an inspection of an asteroid, take pictures and observe its position in space, as well as search for ice deposits and identify possible locations to extract resources from the lunar surface.

One of the payloads will use yeast to spot, measure and compare the impact of deep space radiation on living organisms in long durations in deep space.

The two payloads, selected by Nasa’s Science Mission Directorate, will measure particles and magnetic fields in space and map hydrogen within craters and other permanently shadowed regions across the south pole of the moon.

Nasa will select three more payloads through its Cube Quest Challenge next year. The agency also kept three slots available for payloads for its international partners.

Following the separation of Orion from the upper stage of SLS, the rocket will deploy the cubesats.

Image: The Lunar Flashlight, flying as secondary payload on the first flight of Nasa’s SLS, will examine the moon’s surface for ice deposits and identify locations where resources may be extracted. Photo: courtesy of Nasa.