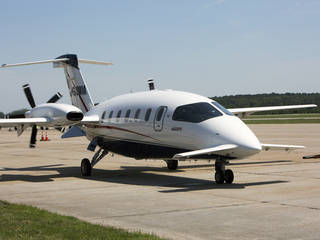 Nasa has developed a software called the Traffic Aware Planner (TAP) to save time and reduce fuel consumption and carbon emissions of commercial airlines.

The software comes on a tablet computer that is already in-use for charts and flight calculations by airlines pilots.

Over the following three years, Virgin America and Alaska Airlines will use the TAP to make ‘traffic aware strategic aircrew requests’ (TASAR).

The new technology will also help avoid possible conflicts in case of any flight path change by connecting to the flight’s automatic dependent surveillance-broadcast (ADS-B) receiver and scan the ADS-B signals of surrounding air traffic.

"It reads the current position and altitude of the aircraft, its flight route, and other real-time information that defines the plane’s current situation and active flight plan.

"Then it automatically looks for a variety of route and/or altitude changes that could save fuel or flight time and displays those solutions directly to the flight crew."

TAP can access information such as real-time weather conditions, wind forecast updates and restricted airspace status for airlines with internet connectivity in the cockpit.

"TASAR is a ‘super app’ that will give our pilots better visibility to what’s happening now versus three hours earlier when the flight plan was prepared."

Nasa’s team has already tested TASAR software twice onboard a Piaggio P180 Avanti aircraft. The test pilot stated that the system performed well during its initial test flight from Virginia to Kentucky.

The software also performed successfully during flight tests in the north-east corridor and recently, it completed a second round of flight tests to ensure readiness for operational use by partner airlines.

Aerospace systems manufacturer Rockwell Collins of Cedar Rapids, Iowa has also examined TASAR to ensure its safety and it will certified by the Federal Aviation Administration.

Virgin America COO Steve Forte said: "We’re excited to partner with Nasa to test this new technology that has the potential to help reduce fuel consumption and carbon emissions and save our guests time in the air."

Alaska Airlines Washington unit’s operations vice-president Tom Kemp said: "Up until now there has been no way to deliver comprehensive wind and congestion data to pilots in near real-time.

"TASAR is a ‘super app’ that will give our pilots better visibility to what’s happening now versus three hours earlier when the flight plan was prepared."