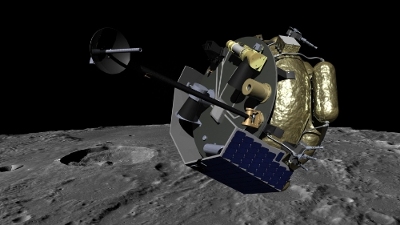 Moon Express has signed a deal with Italy’s National Laboratories of Frascati (INFN-LNF) and the University of Maryland of US, to carry new-generation lunar laser ranging arrays to the Moon.

The company will transport ‘MoonLIGHT’ instruments on the first four of its missions.

University of Maryland, INFN-LNF, the Matera Laser Ranging Observatory of ASI and the University of Padova worked together to develop the MoonLIGHT instruments.

"Any detected violation would require a major revision of current theoretical understanding of the way the universe works."

"These tests reach to the core foundational principles of general relativity."

The company is planning to fund $12m for the payloads, spanning four missions in a public-private cost-sharing approach to lunar exploration.

Moon Express co-founder and chairman Naveen Jain said: "We are making this investment to support our customer and contribute to fundamental science of the Moon and our universe.

"The establishment of a network of new-generation laser retroreflectors on the Moon is also a good business investment into lunar infrastructure for our future missions."

In December 2014, the company completed a series of initial flights with its MTV-1X vehicle. The spacecraft has been upgraded for MTV-1A, and test flights are planned at Nasa’s Kennedy Space Center in Florida, US.